RamPage
Home YamPage Malone Holds on to Beat Jennings in Inaugural Matchup of the NBA... 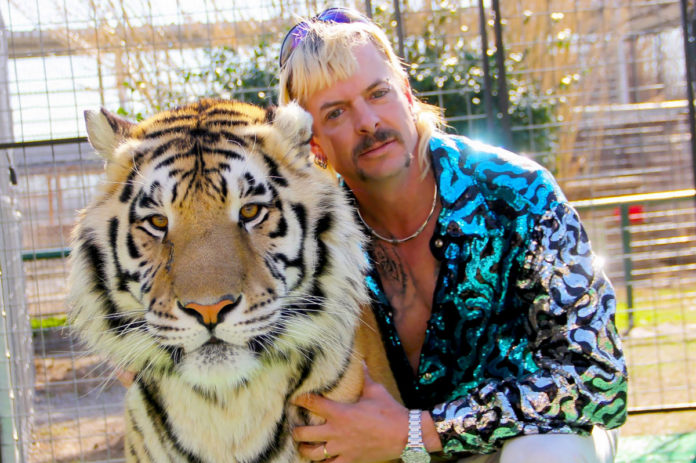 As one door closes, another one opens.

The coronavirus-induced shutdown of virtually every major sports league casted a shadow on the entertainment world. However, not all is lost.

The inaugural season of the Netflix Bingeing Association, or the NBA, was set to begin in late March. Many expected the league to fail, as the league hadn’t publicized very well. However, once the MLS and MLB were stopping play indefinitely, ESPN signed a 48 million dollar contract with the NBA.

There’s nothing else to watch on TV, so the ratings have been great so far. Over 5 million viewers turned in for the first matchup on Friday night between Daniel Malone and Leslie Jennings.

Malone, a 48 year old carpenter out of Tampa Bay, has been a household name in the sport for years. He has represented Florida in the U.S. Championships 12 times and is coming off his third World Cup appearance. Malone specializes in comedies and horror movies, and has great consistency with snacking. He once ate two whole packages of Oreos during a single episode of Friends. Malone, who seems to be entering his prime, is definitely going to be the face of this new league for years to come.

Jennings was certainly the underdog coming into this matchup. The 24 year old graduated from North Southwestern State just two year ago. She led the Couch Potatoes to their first ever playoff appearance as a senior. Now, she’s had two years of being unemployed to hone her craft. Jennings has worn the same pair of pajamas for over eight months, and has been able to watch three seasons of The Walking Dead without going to the bathroom. She’s young, but has a lot of potential.

This Friday’s match was centered on the brand new documentary Tiger King. Jennings jumped out to an early lead in the first two episodes. She finished three bags of Doritos before Malone could finish one. On top of that, Malone drank way too much soda early on, which proved costly later on. He was forced to take a bathroom break and fell behind by six minutes.

Malone was not going to go down without a fight. He dominated the next four episodes, and got a bonus minute taken off of his time for an above average Joe Exotic impression. Jennings suffered from numerous setbacks, including buffering and an “Are you still watching?” message. Malone was ahead by 38 seconds going into the seventh and final episode.

Throughout the last episode, it was neck and neck. Both athletes were clearly in their element. But at the end of the day, Malone simply had too much experience. Jennings just couldn’t catch up, and Malone won by over a minute. His final watch time sat at 5 hours and 21 minutes, an impressive performance for the first match of the season.

Jennings was disappointed that she lost, but was encouraged with her quick start. “I mean, you saw that I can hang in with the best of the best. I just have to more consistent. It’s a process, and it’s not going to be easy. But I can assure you that when it’s playoff time, I won’t go down easy.”

Malone made it clear that he wants to move on quick. He wasn’t happy with his performance. “I’ve been one of the best in the country for years, and I almost lost to some kid that I’ve never even heard of before. I have to be better if I want to take home the championship at the end of the year.”

The win puts Malone in first place in the league. Next week he’ll take on Chandler Harrison with a chance to improve his record to 2-0.