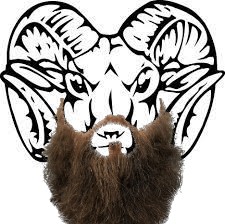 On March 2, the Jamesville-DeWitt Central School District lifted its mandate on mask wearing in school. Some people were nervous about this, while others were overjoyed. However, no one’s enthusiasm for the lifting of the mandate came even close to matching that of J-DHS’s male identifying students.

“I love not wearing masks anymore!” senior David Scibilia told YamPage. “I’ve been working hard on this stache for the past two years and I finally get to show it off.”

Scibilia’s sentiment is shared by many male students who have all apparently been growing weird facial hair since 2020.

“It’s so great to let my beard follicles breathe for once,” Samuel Phillips (‘22) stated, stroking a bizarrely long patch of hair sort of near his chin.

“I think people look at me differently now. Like, before, I was just another freshman, but now, I think I’ve been getting a lot more attention because of my very full beard,” freshman Lucas Chiorini reported. When asked to show us his so-called “very full beard,” he pulled out a flashlight and told us that we would see it if we looked really closely and tilted our head to the side. “I think that it’s especially getting the girls’ attention,” Chiorini added.

Shockingly, these strange facial growths have been catching the attention of J-D’s female population. All students who are attracted to men, and even some who aren’t, have reported that the “facial hair” has made J-D’s boys even more attractive.

“Guys with facial hair are just that much cuter,” freshman Persephone Van Buren gushed. “There’s just something so attractive about a guy who doesn’t know how to shave.”

“My boyfriend grew a beard during the pandemic,” junior Meghan Christian disclosed. “I love how it’s, like, kinda blond, but also, you know, not?”

In other news, it turns out that a lot of J-D students still have braces. Did they have them before or is that new?

Digby Thanoscar - June 9, 2022 0
Have you ever been conflicted on which elective to take? Fear not, for below is a BuzzFeed quiz on whether or not you should take AP European History!