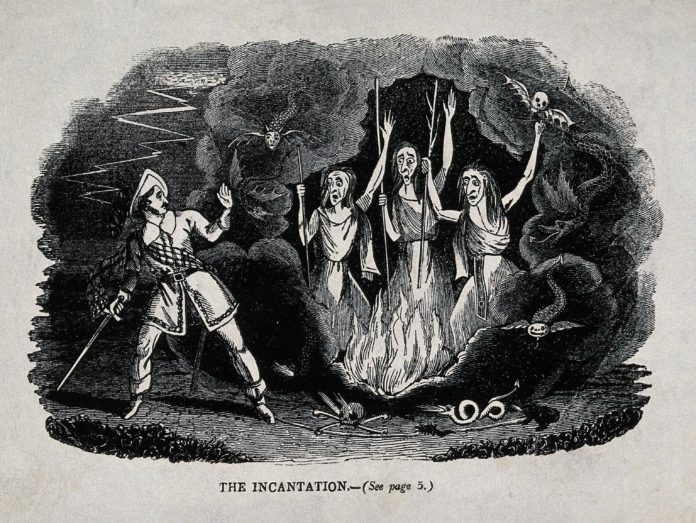 J-DHS sophomores have been reading the “Scottish Play,” “Macbeth.” It is said that this play is cursed and even saying the name can cause bad luck. Most people don’t take this curse lightly, but there have been reports of some students using the curse to their own advantage.

Left and right there have been minor misfortunes and setbacks occurring for the people of J-DHS after hearing the phrase, “Macbeth on you.” During an interview with an anonymous student, the student screamed, “Macbeth on you!” and ran away. I had gotten up to chase them, but the next thing I knew, I had spilled my coffee and ran into the door.

Another reported “Macbeth” misfortune was from English teacher, Joe Goldberg, who claimed that a student came into his room, pointed at him, and yelled, “Macbeth on you!” and then ran away. Immediately following this event, his class was Zoom-bombed by an evil sloth. I managed to get an interview with the Macbeth bomber who cursed Goldberg. When asked why they did it, they simply said, “I just wanted to see if it actually worked. Plus, I was feeling petty at the time because I had gotten a bad grade in that class.”

Are these just mere coincidences or is our school really being cursed with bad luck? I guess we’ll just have to wait and find out. But one thing’s for sure: we had better hope it’s the curse causing all this bad luck, because if not, then J-D has a lot of work to do.

Malone Holds on to Beat Jennings in Inaugural Matchup of the...