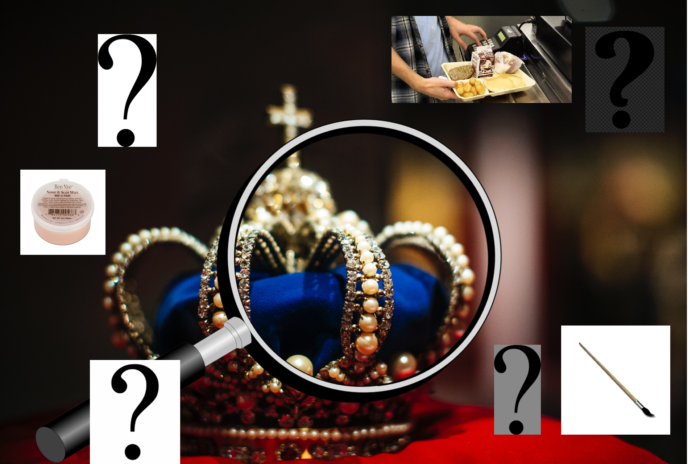 Lines of succession have always been tricky. From the dawn of time, people have been claiming the throne, empire, or last cookie based on one thing: heritage. And now, in the wake of Queen Elizabeth II’s death, King Charles III has taken the throne… or so he says.

Extensive planning had been done in order to prepare the new monarch in the seemingly impossible event of Queen Lizzie’s death. But somewhat extensive research will reveal to the most tenacious that this preparation is rigged. It seems that King Charles III is not, in fact, in Europe, but in our very own high school. Who is taking over the throne? I’m not entirely sure, but that doesn’t really matter because we’re in America and the Revolutionary War happened.

The real question here is who is so good at makeup and prosthesis that we have not found out about the royalty amidst us?

“If I’m being honest, the new principal is a high candidate. I mean, have you seen him? His hair is so much like Gaspo’s that there’s got to be some psychological bald cap happening. He also just looks like he knows how to apply scar wax,” commented sophomore Alyssa Forgione.

“Okay, call me crazy, but those lunch ladies do something to the food. Good or bad, depends on the day, but they definitely have some superpowers. They’d be high up on my list,” said junior Sylvia Min, while eating a lunch wrap.

“I mean, maybe the art teachers? They’ve got to have some skill, right? That’s the logical guess, I think,” said sophomore Gigi Piselli.

These are three very strong candidates, all with solid reasons behind them. More investigation is required, but a suspect list is a good start. To add to that, any number of students could be this magical makeup artist, so keep an eye out for any redcoats and send out a man on horseback with any news.

Of course, other questions pose a problem for the school. Who is King Charles masquerading as? How long has this sinister plot been going on? And does this make J-DHS a British colony?

Josephine Dupuis - November 17, 2022 0
punctuation and capitalization are a waste of time pep rallies are not