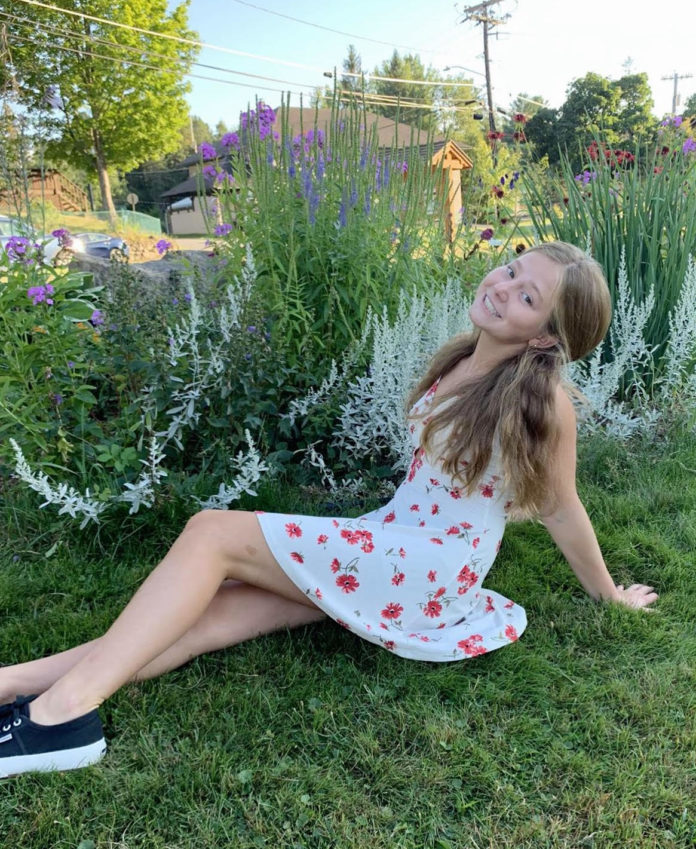 On Tuesday, June 15, junior Grace Evans was elected 2021-2022 student school board representative, garnering more votes than the other candidates, juniors Lucy Heflin and Konrad Souser.  As such, she will represent the views of students at school board meetings.

What made you want to run for the position of student Board representative? What qualities do you possess that will be advantageous in this role?

I wanted to run because I really have always admired leadership positions in general, and this one is so–it just has a lot of meaning, because I feel like–I’m class president and I’m an editor of the paper, and I can be involved in as many clubs as I want. And that’s great because it’s all representing certain groups of the school, but this is actually representing the entire school and all of the students. I love to use my voice–this isn’t really relevant but I’m really small, so people sometimes underestimate me and my abilities–but I love being heard, and I love representing other people. This position is really great, and I love having the responsibilities that it entails, like surveys, websites, communication-all that fun stuff I really love. And the qualities, I believe I’m responsible and mature enough to talk to a group of 40, 50, 60 year-olds in there–and me, I’m 16 years old–but I’m also relatable enough and approachable and personable, where I’ll be able to relate to my peers and my classmates and be able to effectively represent them in the room.  I’m organized, which I take good pride in.  I already made up a website–there’s nothing on there but it’s really pretty, so I love that.  Social media platforms–I love to stay updated with those.  I’m diligent, I’m a hard worker, I always try to do everything thoroughly, and to the best of my ability.  I’m involved–a lot of the reason I think I won the election is because I made connections with people through sports, clubs, and just being in class with people and having an open mind and an approachable personality.  I’m actually so flattered that people voted for me because they thought that I would be the best person.  They trusted me to represent them, and I think that’s a really good thing.  I would just say all in all that I’m kind of stubborn.  Back in November, there was this time when a lot of my friends were suffering mentally.  With remote learning, it was a hard time for everyone.  I felt that the school wasn’t doing what it could, so I wrote them a letter.  I like to be in those hot positions where there is medium risk and high reward.  I love those situations.  So yeah, I’m excited.

How did it feel to win the election for student Board representative? What has the reaction been from other people?

It’s honestly been so amazing.  I got the call, and I was nervous because the way that I have my phone is I have ‘Do Not Disturb’ on all the time, because I just can’t focus if it’s not on ‘Do Not Disturb.’  It sends numbers I don’t know to voicemail.  So I got this call from the high school, and it automatically went to voicemail.  And then, Mr. Gasparini left me a voicemail and I was like, ‘oh my god,’ that’s so embarrassing because that’s the principal.  So I was so embarrassed.  So anyway, I call him back–it took me–I didn’t know what number–he called me from one number and then told me to call him at a different number.  So I called him back, and then he was like, “Are you ready to be the next student Board rep.?,” and I was like, ‘oh my gosh, I so am.’  It was really, really exciting.  I was actually with a group of friends at the time, so I just had to control myself, because I didn’t want to be like, ‘oh, I won,’ like make a big deal out of it.  Obviously the other candidates were some very respectable people.  Like, one of them was one of my closest friends, and I would never want to boast or anything like that.  But it was a really awesome feeling, and just having everyone tell me, ‘congratulations’–like I’ve been to a few events over the course of the last day when I found out–just for school and banquets and stuff like that–and it’s been so amazing to have people be like, ‘oh, I think you’re gonna be really good,’ like just having that reassurance because I know I’m scared–but having people I don’t really know email me and be like, ‘you’re gonna be great,’ and like all this stuff is so nice, and I think it reflects our school community and how inclusive and supportive we are.

You will be representing a diverse and numerous group of J-D students. How do you plan to reach out to a wide variety of students at J-D to get their opinions?

I have always been a fan of social media, because it’s effective and a lot of people have it.  It’s quick too–you can scroll through Instagram and get a quick blurb–stuff like that.  But I also like to use email.  That’s really nice because you can email the whole school, and it’s just like one tap.  You never even have to see their faces.  Sometimes it’s hard to stand in front of an entire crowd and say something, but with email you can get across the same point, and you don’t have that fear because it’s all virtual.  That’s good in a sense, but also not really, because I do believe public speaking skills are important.  But I also think online platforms–I made a website, so that will be available too.  So I have that website as a resource  for people to be updated on whatever I’m doing and whatever is happening at the meetings.  And that will always be there and always be up to date.  I think the most important resources I’m going to have are surveys, polls, and person-to-person conversations, because honestly the amount that i can learn just from–I do surveys for RamPage and for student office, and it’s amazing because it’s such a quick response and it’s easy to see everyone’s thoughts and ideas, and it’s all organized into one space.  So I think those are going to be really important, especially on heavy topics that people are opinionated on.  I think those are going to be really useful.

What specifically will you advocate for as the student Board representative? Do you have any specific policies you or others would like to see changed?

I think overall, just equality, because I know that our school community is so inclusive and so supportive.  They want to see the diversity, but sometimes it’s hard to make that change.  Sometimes it’s unconscious discrimination that we face.  It’s a thing, like it’s real.  So I think promoting equality for all students on all levels, and then I know personally, mental health is a huge thing for me.  I think it’s so important.  Especially Upstate, when it gets really hard and cold in the winters, it gets difficult–it’s like seasonal depression and it hits hard.  So I think I’ll be doing a lot of advocating for policies that will be able to lift students up in the middle of that.  Also, I’m not sure how much of a say I do have on the Board–I know it’s somewhat. But I don’t know–I think just whatever the topic the Board has to discuss, I’m going to do my best every single time, every single meeting, to communicate what the students are thinking about that.  And maybe they won’t be thinking anything.  Like if it’s about windows or something, I don’t expect a student to be like, ‘oh, we can’t have these windows,’ like I don’t expect that.  But if it’s about something more important–a change in curriculum or something like that–then I’m going to want to represent that students’ voices.  So just advocating for the students always, even if it’s not what I personally believe.

The “Community Grid Alternative” Reroutes I-81 in the Syracuse Area

COVID Vaccine Booster Shots Roll Out in the U.S.