RamPage
Home YamPage JDHS Conspiracy Theories Ranked Least to Most Likely to Appear on the... 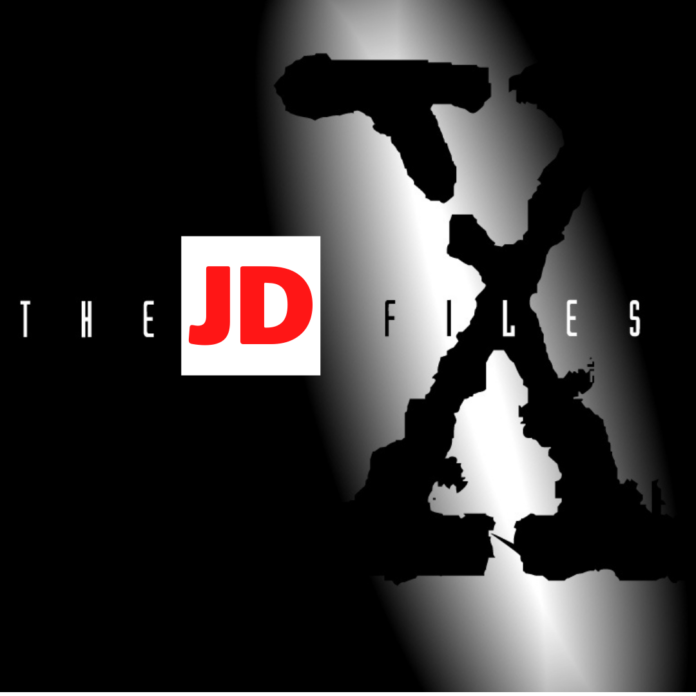 The universal childhood experience of watching horrific nature documentaries on planet-based television networks is deeply embedded into the crumbling soul of every average American citizen. It’s a marvel how correct camera panning and narration can bring a toddler into panic mode. You don’t understand fear until your mother leaves you with the remote unattended. Despite poor attempts to cover tracks, the growing mystery of the school’s many oddities spices suspense into the flavorless lives of the students. Here are a few of the conspiracies we’ve managed to crack.

5. RamFeed is simply a team of extraterrestrials

Maybe it’s not the most factual claim, but I sincerely doubt anyone of flesh and blood would willingly hold Trader Joe’s taste tests. It appears to be just a scheme to tide viewers over until their world domination begins. We better keep those tinfoil hats at hand.

4. The holes in the ceiling are made by an unknown entity residing in the walls

Nobody really knows what lives up there, but it has to be something other than Mrs. Frisby and the Rats of NIMH. The construction workers complain of more work to be had, but I see it as a prime cesspool of interpretation. Perhaps a secret society benefiting off of child labor? Nah, we’ve already got that covered. It’s crazy how we haven’t been the subject of a PBS documentary yet. Next thing you know, we’ll be building a gift shop near the attendance office that hands out little Gaspo figurines and postcards that quote desk graffiti.

I have 100% faith in this one. Sophomores who skip class and anxiety attacks of past students linger like ghosts on the sinks and stall doors. Don’t be shy, pay your respects sometime in the middle of Algebra.

2. When recited, J-D’s Code of Conduct summons PTG moms and the Board of Education

If you miss a line, you might enrage a global teacher out of his eternal slumber. Chant it fast enough, and you’ve got a first class ticket to the counseling office for talking in tongues. Your Spanish teacher will beam at your ability to speak dead languages. It’s a good way to enliven your sleepover when the Ouija board proves unsuccessful.

1. The hall passes are the work of an ever-growing cult

Why else would we be forced to carry them in between classes? Clearly, they’re markers of an alliance to the supreme heads of office. Those who are caught without one will be thrown mask-first down the Four Corners stairs and prepared into Tuesday’s lunch special.

Feeling unsettled by your surroundings? Rad! I hope your skin crawls late into the witching hour. Leave it to the professionals to solve the puzzles of our world, in the meantime, you have dishes to take out of your room and paraphrasing to complete. If you’re feeling quirky, start your doomsday preparations. Avoid procrastinating until the night before.

Josephine Dupuis - November 23, 2021 0
At this point, Principal Gasparini is an unstoppable force.