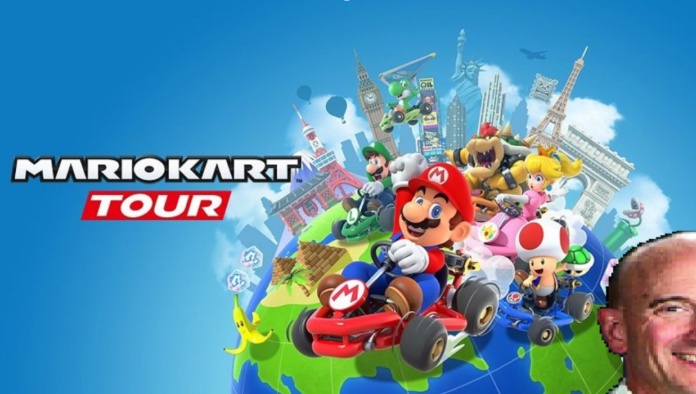 Mario Kart Tour, a mobile game in the Mario Kart series, was released earlier this week. The Mario Kart series has always been known for pitting characters from the Mario franchise up against one another, but it looks like that’s about to change. A recent datamine revealed an unexpected character file folder buried within the game’s code.

The folders with no portraits are characters that are planned for release in the near future. The folder gasparini may have some sort of connection to Paul Gasparini, though it could also be a code name for another person in JD, or just a meaningless placeholder.

“Our school’s gotten the attention of a lot of people this year, and we aren’t even half-way into the first quarter,” said Mr. Gasparini when he was informed of the situation. “After all, we are the top school in the nation according to António Guterres. I guess that kind of popularity is what gets you featured in a video game.”

The statistics file shows that this character will be a middle-weight character, with comparable stats to Mario. The character in question will get three items when racing on food-based tracks like GBA Cheese Land and GCN Sherbet Land, as that’s probably where most of the school’s lunches come from.

It’s unclear if or when gasparini will be added to the game, but if the JDHS principal really is joining the Mario Kart Tour cast, the staff at Yampage will keep you updated.

Digby Thanoscar - January 31, 2020 0
These protests were not taken kindly by Mr. Phillips and the rest of the RamFeed crew. They somehow got inside information that this was happening, and staged a counter-rally. This included around eighty students who were required to participate for a grade supposedly equal to a test. Mr. Phillips will not confirm nor deny this.