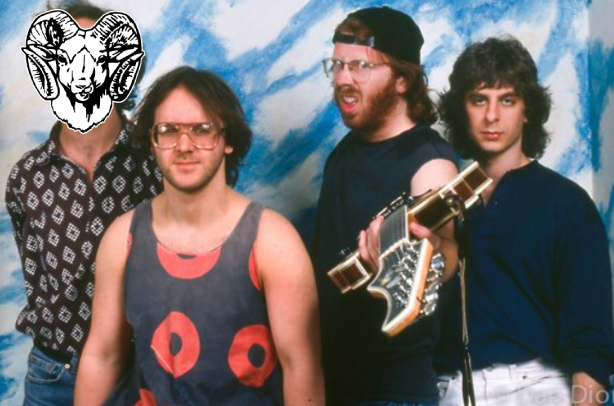 Well, folks, the holiday season is fast approaching. We all remember the iconic Land of Misfit Toys from critically acclaimed, Burton-esque claymation horror film Rudolph the Red Nosed Reindeer– who could forget laughing at, then reflecting on your own life and then often crying with those toys who just missed the mark? JD, on November 26th, inducted eight of their alums or retired teachers who had excelled in their art, either teaching it, or in their artistic career. However, it turns out that there were quite a few people who were rejected from having their face immortalized on a 9.99 dollar plaque- and the misfit-ness in those rejects may just have been instilled by the school itself.

This groundbreaking Charlie-In-The-Box tried to change the world through challenging movie stereotypes, but never was able to get her film picked up. Her screenplay, 0-30, insipired directly by her high school’s experience, is an inspiring story about a not-so-successful high school football team, their encouragement to and their climb to winning their last game of the season, though Hollywood loved the script, but wanted Rivera to make some changes before it proceeded.

“We were looking for a story about football, not politics,” an executive said.

“We didn’t like the coach characters,” another executive clarified. “Especially the red-haired one. It just seemed unnecessary for them to have this fondness for lecturing about Martin Luther King Jr. or Malcolm X. It’s a movie about football and young football players. No high schooler in real life needs to know about racism. Especially if they’re a football player. They grow up and join the NFL or something- and no one is racist in the NFL.”

Mr. Bernstein seems to have suffered from the exact opposite problem- his story had been heard far too many times.

A promising Lin-Manuel Miranda type, Sam always wanted to be the writer of the next big musical. He credits JD’s stellar music department for providing him with direct inspiration for all of the musicals he’s written- but every agency turned all 12 of them away. We interviewed some of the agents who turned away his work to see if there was any consensus on their reasoning.

“It was strange…everything he wrote had the same plot,” commented one agent. “There’s a town where dancing isn’t allowed, some bad boy comes to town, and then everyone lets loose and gets married.”

“I felt bad turning him down,” said another. “But this story’s been told before. The writing’s okay when you read the first one, but once you hit three or four, you’re like, okay, this is insufferable.”

Mr. Jon Fishman was extremely disappointed to learn he had not been selected as an inductee.

“Phish is famous! We’ve had more success than any of those guys. Isn’t that what JD’s all about now? Success?” (When Mr. Gasparini was asked by Yampage staff to confirm this, he declined to comment.)

Fishman attempted to prove to us that Phish has at least five good songs by citing Vanity Fair’s article The Top Five Most Tolerable Phish Songs. Unfortunately, the author of the article was only able to think of four.

“Our song Waste was actually written about JD High School. I was inspired by…my science class- we learned about how much waste there really was in the world. It was really eye-opening.”

“Come waste your time with me

Come waste your time with me

Come waste your time with me

Come waste your time with me”

Katrina Aimée Naimes - January 6, 2021 0
“I was suspicious of The Office when I first saw it. No way could Jim and Pam’s love story be that perfect and not have a catch to it! After the gym teachers played those clips during class, I knew for sure that The Office wasn’t really the comedic show that everyone makes it out to be.”