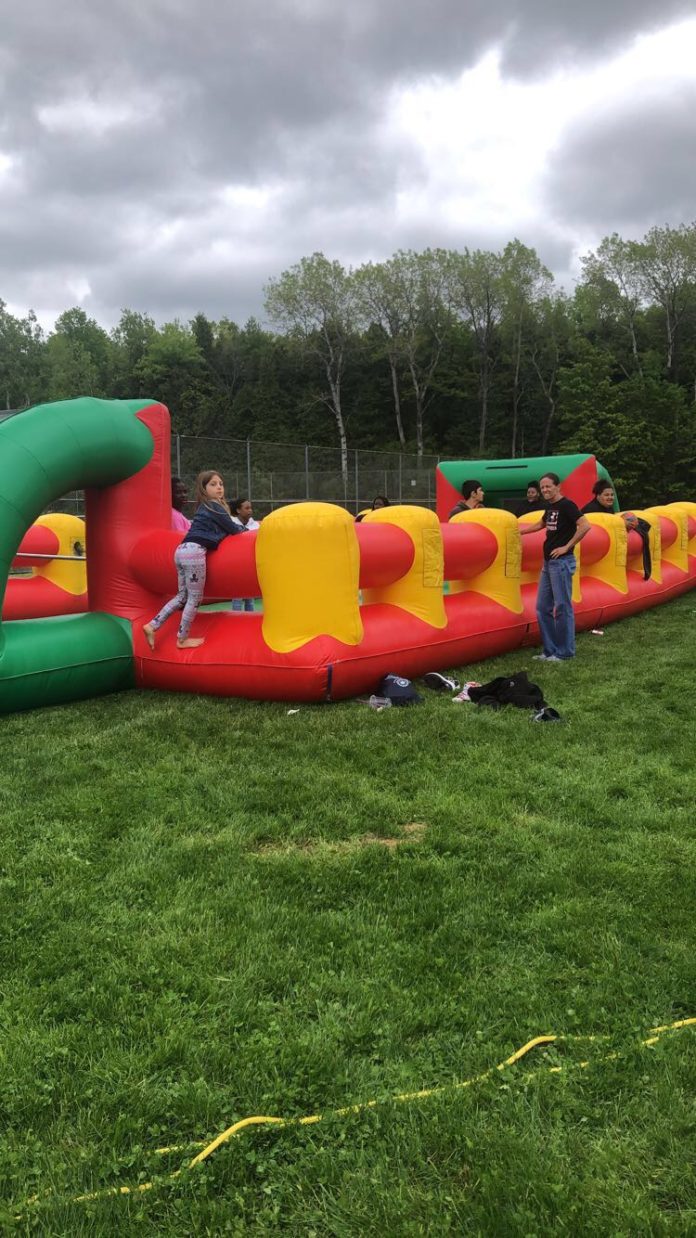 This years JD day can be classified as a major disappointment to most if not all students in the school. In previous years, JD day was seen as more of a way to get out of school, rather than a day of school spirit. To remedy this, counselors and teachers decided that a theme was needed for this year’s festivities. After many debates, they decided on pirates, strictly because the slogan could be “Anchors away to JD day!” Only people running stands were supposed to know the theme so it could be exciting for upperclassmen. But as things normally do, word got out the day before, and some senior students took it a little too literally.

Seniors Matt Scibilia, Allison Virgo, Nico Stella, and Albert Wang broke into the school on the night of Thursday, May 23rd and started stealing and breaking items that were to be sold. When questioned, they apparently didn’t understand what we were asking them. They must’ve thought that I was some sort of official telling them to stop because they drew out their cutlasses and started chasing me while screaming “Scabby sea bass, get back here so I can fillet you!” and “Ye lily livered landwalker, stop running!” Luckily the peg legs slowed them down and I was able to escape before I was roommates with Davy Jones.When we tried to go back to get an interview with one of them, we were refused access to the building. They had apparently employed Officer P. to deny anyone access. She was wearing a Jack Sparrow wig, and was armed with a flintlock pistol, I didn’t even want to try to get near that.

When we finally got into the school on the morning of JD day, we were saddened to see that the book club experienced the most damages from the “Pirates”. The believed cause of this was the lemonade they were planning to sell. Historically pirates suffer from a disease known as  scurvy (A condition caused by a severe lack of vitamin C in the diet), and conveniently, there was a drink chocked full of vitamin C just sitting there. If nothing else, these students really did their research. In total fourteen one-gallon jugs of lemonade were drank and replaced with cheap rum.

In spite of this setback, the book club decided to make the best out of this situation. Instead of filling their red solo cups with the original lemonade, they filled them with the rum that was left for them. Selling for five tickets a cup, they had a surprising amount of sales before Mr. Gasparini came out and shut them down. They, unfortunately, refused to give us a statement. But by the looks of the students, I think it’s fair to say they’ll be able to keep the book club running for years to come.

Although this did end up with the book club making a profit, they were still saddened that they could not provide what they had promised. But not only the members of this club were disappointed; Aiden Usher, a Freshman Lemonade enthusiast allowed us to record an interview with him.

D “How has this horrid news affected your overall happiness?”

A “Give it a wild guess, Digby. I’ve been extremely saddened and my grades have plummeted.”

D “ I’m so sad to hear that, how have you had to cope with this news?”

A “ I don’t really know… nothing can replace my love for lemonade. Yes, I could go to the store and buy some lemonade like a plebian. Or, I could enjoy a nice, cold, refreshing glass of fresh squeezed lemonade. But your question was how did I cope?”

D: That’s so great! It’s amazing to see you climbing over your setbacks with education. I see you’re trying to get prepared for next years classes. What prompted this sudden turnaround?

A: What? No. I started the Anti-Pirate Based Incognito Organisation, we work to make sure none of this happens. We try to keep ourselves secret so the pirates won’t see us coming. Also when you describe it as being a spy, you’re bound to get more people to join. This has destroyed a nearly sacred day for many different students, and we can’t let these Senior Pirates get away with it! The seas may be rough, but I am the Captain! No matter how difficult, I will always prevail!”

This is when Lemonade enthusiast Aiden Usher walked away angrily threatening to destroy all pirate life left on this miserable planet.

This was, unfortunately, all we could get from him. So if Matt Scibilia, Allison Virgo, Nico Stella, and Albert Wang are reading this, watch out for the A.P. BIO, or you’ll have a “Lemon stuck so far up your left nostril you won’t have to worry about scurvy for the rest of your lives”.

When we inquired to Mr. Gasparini for more information about what repercussions these students are going to face, he merely told us “I don’t think we’re going to do anything at all, it’s just nice to see some older students getting into that school spirit.”

Raffaele Quintino - December 18, 2018 0
These days you might find yourself wondering why there are there so many kids t-posing on the turf during lunch. Look a little closer...