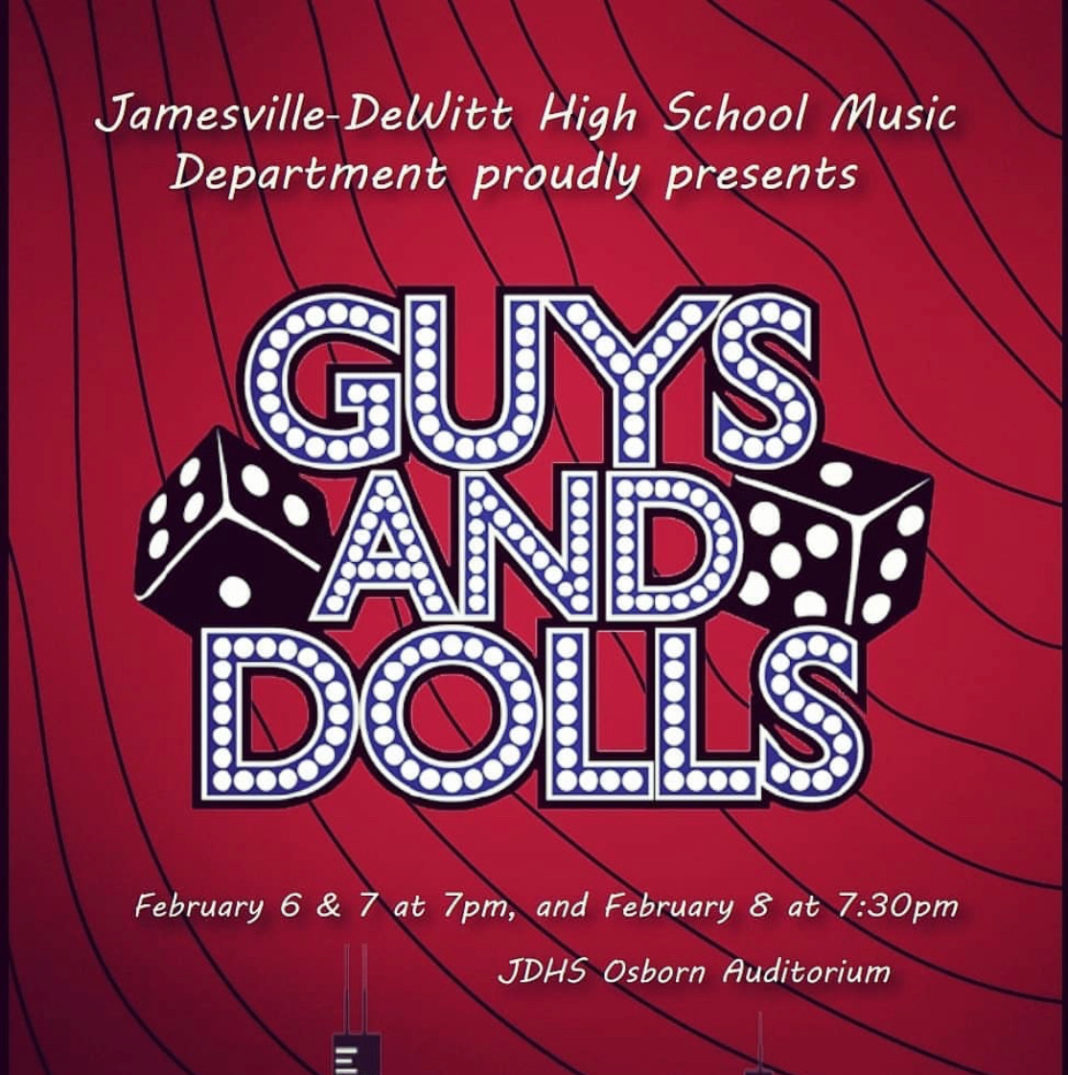 This February, one of Broadway’s most popular musicals will be coming to you live from Jamesville-DeWitt High School’s Osborn Auditorium. For three nights only, February 7th, 8th, and 9th, JDHS will be presenting “Guys and Dolls.”

Although the show itself premiered in the 1950s, “Guys and Dolls” is set in Depression-era America. Producers Cy Feuer and Ernest Martin were inspired by Damon Runyon, whose short stories served as a window into the lives of gamblers, gangsters, and other characters living in the darker parts of New York. “Guys and Dolls” became a Broadway hit, featuring songs such as “A Bushel and a Peck” and the famous “Luck Be A Lady.” It has since been performed on a plethora of stages, now including Jamesville-DeWitt High School’s (new!) Osborn Auditorium.

It all starts when Nathan Detroit (Ari Tzetzis, junior) needs to host a craps game for some easy cash but lacks money for a security deposit. To get the $1000 needed, he makes a bet with the wealthy Sky Masterson (Teddy Mulvihill, senior) to ask Sarah Brown (Emily Ninestein, junior), the most religious girl in the town out on a wild night in Cuba- and take her on it. Meanwhile, Nathan’s fiance of 14 years, Adelaide (Emma Deforest, senior), wants to get married and is angry that he hasn’t picked up the certificate. The musical goes on to further describe their hardships, struggles, and successes in the tasks at hand.

Over 100 students in the cast, pit and crew have put their talents together to bring you an enjoyable experience. Kelsie Deyo directs and choreographs alongside Jesstina Drake, who provides vocal music direction. Daniel Blumenthal conducts the pit orchestra, and Jordan Berger is the producer. Set construction is by Jeff Loan, while set painting is run by Jacob Brodsky. Light design is by Brian Rieger, sound design by Dylan Spencer, and costumes by Katie Rauch.