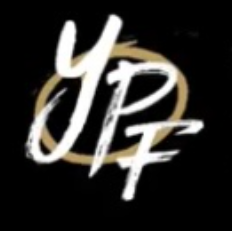 Although the Syracuse Stage Young Playwrights Festival wasn’t able to have in-person performances this year, they still made the most with what they were given. J-DHS students brought the talent with five out of the eight featured plays being written by J-DHS students. Those plays included sophomore Morgan Moracco’s Under The Surface, sophomore Ebunoluwa Oguntola’s Circles, sophomores Anka Chiorini and Madie Phillips’ Departure, Arrival, and Everything in Between, Bohdin Bright’s Meta, and sophomore Anka Chiorini’s A Deeply Disturbing Dive into the Family Dynamics of a Teen Rom-Com. There were over 200 submissions, with J-DHS dominating the recognitions. This event occurred over two separate nights, May 20 and 21, 2021. They were livestreamed on the Syracuse Stage Facebook page. As of press time, the performances are still available to view: (Night 1) (Night 2).

Many of the playwrights expressed their excitement about their plays being performed, although there were some nerves across the writers as they watched their plays. “It was pretty nerve-wracking. I was worried that they wouldn’t perform it in accordance with my ideas about how it should look that I hadn’t shared with anyone and people would come to the wrong conclusion,” said Bright about his play. This year’s performances were virtual, seeing as the pandemic has hindered most live theater from happening. “There were some things that they did that I might have done differently and obviously Zoom made some visual gags difficult, but I really thought they managed pretty well,” said Chiorini when asked about the virtual feature of this year’s performances. This year posed problems, but Syracuse Stage was still able to put together an incredible selection of amazing plays.

The staging of the plays was also another point of discussion. Many of the playwrights discussed how they weren’t allowed to stage any of their plays and had little to no say in the production. The playwrights were simply asked to come to a workshop and get notes about their writing from professionals at Syracuse Stage, revise their plays, and then once the finalists were chosen, they didn’t get any other say. The professionals took over as the main directors of the plays. “The main thing I would have changed about our play’s performance would definitely have been the costuming of one character. It was not how we imagined it, but I guess it was cool to see how other people interpreted our characters,” said Phillips.

Even though they weren’t able to stage it for this production, in the future they would be able to for a different showing of their play.The J-DHS Drama Club decided that for their spring show this year, they would perform some plays that J-DHS students had written. Those include some of these plays and also some plays that didn’t make the cut for the Young Playwrights Festival. These plays include Departure, Arrival, and Everything in Between and Under the Surface, which were winners this year, and Running by Becca Fitzgerald, The Sun is Setting on Our Empire by Meghan Christian, Purge by Sondrine Blusk (directed by Jasmine Ho), I am Your Android by Connie Zhang, Order! Order in the Court! by Jasmine Ho, and History’s Most Prominent Leaders by Tara Pollock. Chiorini had this to say about the J-DHS drama show’s version of her and Phillips’ play: “However, Madie and I were able to stage our play together for the drama show, so we were able to do our version of it.”

The Banshees of Inisherin is Martin McDonagh’s Bleakest, Most Poetic Film Yet