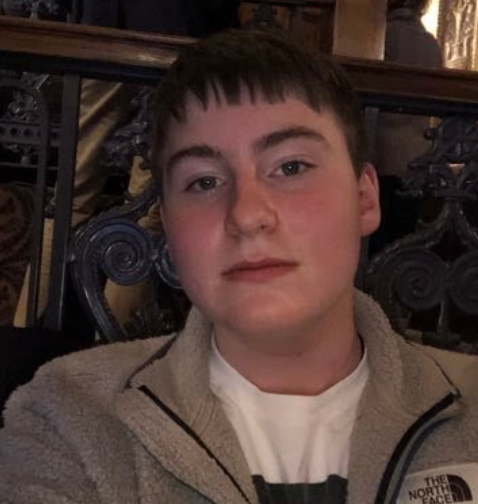 On Friday, October 2nd, Jamesville-DeWitt senior Max Mimaroglu was elected student representative to the Board of Education.  Mimaroglu shared his ideas in an exclusive interview with RamPage.

What are the duties of the student board of education representative?

They’re similar to a school board member in that they are elected in order to represent a population. The big difference is that the student representative obviously is representing the students of Jamesville-DeWitt, whereas a board member’s representing the community as a whole, and mostly voters. But the biggest difference is that the student who sits on the board can’t vote on the specific issues that are brought up by the board, but they have the opportunity to speak on all those issues. The student representative is meant to bring the voice of the students to the board. To some extent, they have an opportunity to do that, in that they’re allowed to speak during the entire board meeting, when most community members are only allowed to speak during the beginning or ending when there’s a community comment time for about 2-3 minutes, whereas the student representative sits on the board, so they’re allowed to speak during the entire time. And they’re also allowed to really work with board members. They get the same board packets that other board members get, and discuss and really try and change some of the issues that students and community members face.

What made you decide to run for this position?

Well, freshman or sophomore year, I submitted a petition to the school board in order to get this position on the ballot. The student board position in New York State law has to be reapproved by the voters every two years, so after the petition was submitted, it sadly didn’t get on the ballot that year, but the following year I worked with board members in order to get that position on the ballot, and it actually passed, I believe with more votes than even the budget itself. When it’s voted on, the budget, which is the main vote of about 60 million dollars—usually every year there’s a school bus and a capital project vote, and then every two years now, there’s gonna be a student board representative vote, so I worked really hard to make sure that vote came to fruition, and that we actually had a position in place. And I also helped draft the policy for the student board position, and I’ve regularly been attending these school board meetings prior to this. So I really ran based on my idea that this was the next step—that I’ve been showing up to these board meetings, I’ve been sharing my voice, I’d been doing interviews with news organizations about how J-D was formulating their opinions, proceeding with certain issues, and I felt like it was just the next step to represent the students on a more wide scale, and also to have the opportunity to sit on the board and discuss these issues throughout the entire board meeting.

How did you feel when you found out that you won the election?

I guess there was a little anxiety there. We really found out that we were running—I believe it was Tuesday morning, and the election was Friday, so that’s a four-day campaign window.  Initially, I wasn’t even aware that other people were running until the following couple days when I’d found out who the two other candidates were, so it was definitely a very anxious election. I thought that the other two candidates were both very good candidates and would’ve done an amazing job in the position, so that had me a  little worried as well, just because there was a likelihood or a possibility that I might lose, which I wasn’t sure if I was going to be able to grapple with. I was at work. I actually started work at 3 o’clock, and I was told I’d get a call around 3:05 or something, and I’d been looking at the time, and it’s 3:12, 3:15, still no call, and then I pick up the phone, and I had to run to the manager’s office at my work, and the boss is sitting in there, and I answer the call, and it’s Mr. Gasparini who informed me that I’d won the election, and it was pretty exciting. I had told my co-workers that I was a little anxious today, because I was about to find out the results of the election, and they all were very happy for me, so it was an exciting moment, and I pulled out my Instagram, and made a little acceptance speech, submitted that, and then went back to work for an eight-hour shift.

Do you have any plans as to what you might do as the school board student representative—any issues you might bring up or anything like that?

Well first, I want to be able to have a more direct line between students and the board. Oftentimes there’s issues that come up, even very simple issues—whether this field trip had been talked about yet with all the students, whether all the permission slips for the field trip were in, whether all the people who needed financial support on this trip got it. Issues as small as that, to much larger issues involving how students’ days would go, how schedules would be set up. So I want to facilitate a very open discussion between me and a lot of my peers, because I don’t feel like there’s that direct link between board members and students right now. So I’ve created a Google Form, it was in my bio for a period when I was running, and I plan on putting it back there soon, I just haven’t gotten a chance to. But some of the major issues that I really want to bring up for discussion, and I don’t think that they’re issues that will be solved in my one year appointment, but I really want to discuss more equitable solutions to the SRO (school resource officer) position in school safety. I want to talk about a more equitable solution to environmental justice and environmental issues, because really the school is sending us off into the future, teaching us how to be successful in life, but also, schools and large corporations are one of the largest producers of carbon emissions, and largest affectors of climate change. There are a lot of issues I want to discuss. I want to make a more inclusive school environment, allow more diversity equity inclusion education for teachers and staff, as well as students. Those are some of my ideas, but also, the big thing is I’m open to having discussions with students, and talking about—actually, at 6 o’clock today I’m gonna be part of the SRO task force, which is meeting, which is discussing specifically the resource officer position at J-D.

Is there anything at all you’d like to say to the school, or to anyone before we end the interview?

Sure. I just want to really emphasize how important it is that students are at least somewhat engaged in their school boards. School boards are the largest part of government in the United States. They determine the billions, actually probably trillions of dollars of budgets. I know Jamesville-DeWitt’s budget itself is around 60 million dollars, so these are huge epicenters of the community. They also provide lunch and food to a large portion of the community, and their issues really affect your everyday life. I just want to emphasize how important it is that students engage with their school board, because the school board determines everything, every part of school, whether or not you realize it.

Principal Gasparini Giving a Message to the Students and Staff of...