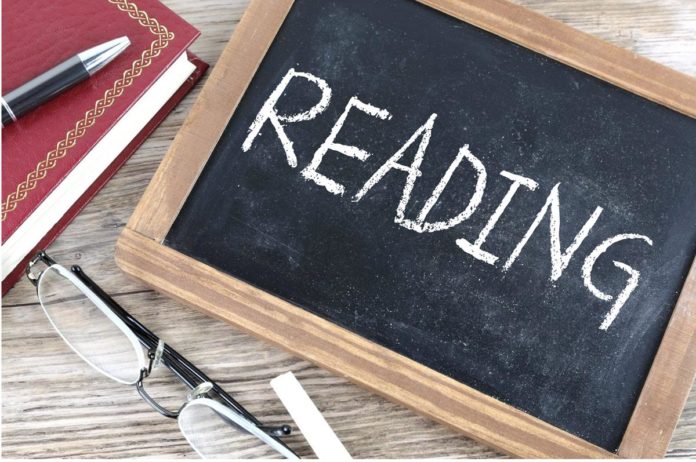 In June, J-D announced in the Budget Newsletter that it would be adopting HMH’s “Into Reading” K-6 ELA curriculum.  While the response to this change has been largely positive, there are a few consequences that could result from the switch.

Many have been concerned that the curriculum is being implemented during the pandemic, when teachers are facing challenges daily.  According to Assistant Superintendent for Curriculum, Instruction, and Equity Nate Franz, “The ELA selection process actually began prior to the pandemic.  Teachers and administrators started evaluating curricular resources throughout the ’19-’20 school year.  We restarted the process after the new year and were intentional about pacing it to minimize disruption to student-teacher time.”

The Budget Newsletter also stated that J-D would be “hiring additional staff.”  Thus, many have wondered what this means, if there will be any impact on current teachers, and why additional staff are needed.  Franz responded by saying, “We are not cutting any ELA positions at the middle school.  These support positions are additional to the district’s current staffing.”  Further concerns were raised about the possibility of eliminating EL positions in grades 7-12.  According to Franz, there will be “no impact on staffing in grades 7-12.”

Ms. Christina Henderson and Mrs. Beth Ann Smith were recently hired as teachers on special assignment to assist with the implementation of the new curriculum.  According to Henderson, “What we’ve heard from teachers is that there was a lot of bits and pieces of curriculum that was created and catered to the student needs, but there’s been talk in the district of wanting some cohesion across the grade levels and the schools, and that’s why we adopted Into Reading.”

Following up on Henderson’s statements, Smith said, “When New York State first put out the Common Core standards, the school districts had the decision to adapt or adopt.  So they could adopt the scripted curriculum that met the new standards, or they had the option to create their own.  J-D had a number of teacher committees over the summer that would write curriculum based on the standards.  It’s really hard to maintain over time because you want to keep updating the texts and you want to keep responding and growing with what you know.  It just became a little overwhelming for teachers in the school to try to maintain and do a great job with.  That’s why we got this new curriculum.”

“When we came on, there had been a committee that had already evaluated several different curriculums and they had chosen the Into Reading curriculum because it had all the best components they were looking for.  Our goal is to make sure that teachers feel they are supported and trained in the program to begin implementing the program in September.  Mrs. Smith and I have had an opportunity to really dive in and make sure that we spent several days with the teachers over the summer, and we made sure that they are ready to start teaching in September,” said Henderson.

Henderson also says that the Into Reading curriculum will align J-D’s curriculum more closely with those of other schools.  “Into Reading is definitely a program that is widely used across the state and the country, so it will be more aligned with some other schools, but the curriculum before was aligned with the standards.  There was this level of rigor across the board.”  According to Smith, “It’s definitely standards-based.  A lot of schools right now have an increase in funding, and there is a desire among the schools who chose the write your own curriculum option to go with more of a package curriculum.  I know a number of the surrounding school districts just adopted new curriculums also.  I don’t know that any of them chose Into Reading specifically, but it’s used a lot throughout the state.”

Smith also explained why the curriculum will only be implemented for grades K-6.  “The consistency is just going to be at least through sixth grade, because the new curriculum only goes through sixth.  Later middle and high school grades—those teachers really like to personalize the courses.”

Luckily, say Smith and Henderson, the new curriculum will not place an unnecessary burden on K-6 teachers, and it is actually a welcome change that many of them requested.  According to Henderson, “I think that change is never easy, but the experience that we’ve had with the teachers over the summer is that they are all very excited for the curriculum and they are ready to dive into it.  We’ve gotten very positive feedback, and everyone seems to be on board and ready to dive in.  I think there will be a learning curve, but teachers are ready for it, and they know at the end of the day that they are providing the very best instruction and education for the students at J-D.”

Smith added onto this point,  “Teaching is never easy.  In fact, it seems like it has gotten harder and harder as teachers take on more responsibility, and there’s more technology, there’s just more stuff that everyone has to know.  I think this new curriculum is making sure that everyone has the same tools in their box, and what Christine and I are doing is helping make sure that everyone is also getting the same directions.  It is going to be a lot of work, because there’s a lot more in the box than people might be used to.  But also everyone feels like they’re in it together, and everyone knows that they’re going through the same struggle, but for a really good reason.  They all signed on for this.”

The curriculum has also just been officially implemented with the start of the school year.  “We’ve been working all summer to prepare the teachers to make sure that they’re ready right from the start of school.  We know that there is going to be a transition period where teachers are getting used to all the different materials they have, and changing their way of teaching for a little bit, too.  There’s this idea that as we learn and grow together, there’s going to be a big shift in what we see.  But the expectation isn’t that on day one everyone will be an expert on this.  Teachers can learn too, and nobody is coming in expecting everyone to be experts right off the bat,” says Henderson.

Additionally, the teachers working hard to transition to this new curriculum in their classrooms have been paid for their additional time investment.  According to Smith, “There were fifteen hours of optional professional development that teachers could attend this summer.  There were three different dates for each grade level.  That was optional, and then additional professional development is going to be offered on the Superintendent’s Conference days right before school starts.  So if you were on vacation, or if you had other commitments, and you just couldn’t do it this summer, you will get some professional development.  There’s also going to be some after school options—not so much about introduction to the program, but once teachers are teaching, coming together, collaborating, and talking about what’s working and how we can make it better—those will be paid options as well.  The big opportunities have kind of already passed, and we actually had really good representation.  I think every grade at every school attended at least one of the sessions, so there’s definitely a lot of information already out there, but we know that teachers are going to need more as the teachers move on.”  In a follow-up, Smith said, “We’re going to be continuing to meet with teachers on a regular basis and providing the support they need.”

However, Henderson also recognizes the possible negative consequences of the curriculum.  “Because Into Reading is a curriculum that is meant to meet a variety of student needs, there are tons of resources!  While this is definitely a positive of the program, it is a lot to unpack and navigate.  Between the resources that have been distributed to the classrooms already and the additional online resources, there is a lot for teachers to choose from.  However, one part of our role (Mrs. Smith and I) as we support the implementation of the curriculum, is to support teachers so that they become more familiar with the different resources and how to navigate the online supports as well!”

According to teachers and administrators that have responded to RamPage’s requests for statements, reception to the curriculum change has been overwhelmingly positive.  Only time will tell over the next few years whether or not the curriculum change will positively impact students and metrics such as their test scores.

J-DHS Students Remember Veterans of the US Armed Forces