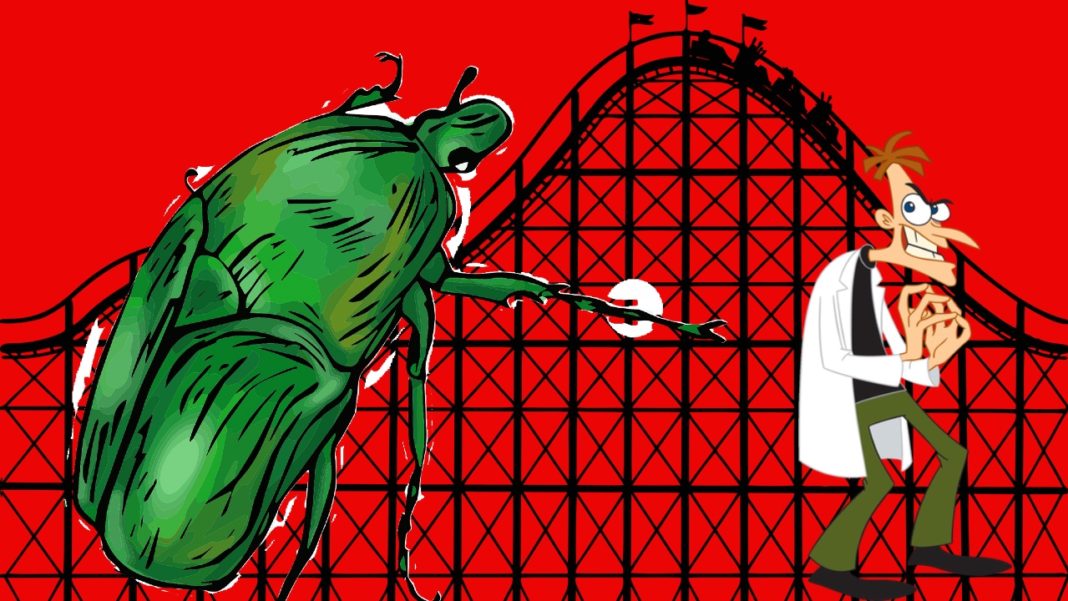 As students near the end of this school year, many are mourning some of the traditions they typically do that have been cancelled due to COVID-19. While roaming the halls aimlessly searching for literally anything to kickstart my brain cells to work again, I asked students what they missed the most or what they wished they could’ve done.

One student lamented that she couldn’t continue her search for bug snacks. She said that every year she investigates every corner and crevice of the school looking for the juiciest bugs to take home and munch on. Yum! This year, she had a deal with the janitors to bring her whatever bugs they could find when cleaning, but she said the bites feel less rewarding because she didn’t hunt for them herself. Her favorite snack, she says, are centipedes because of the feeling of them crawling down your esophagus.

Another student claims that this year for senior skip day, the whole grade was planning on going to the Lick Room. The Lick Room is an amusement park in a mall (named “Grimest Mall in America” by People Today Magazine seven years in a row) where attendees can lick the roller coasters they ride to find unique and delicious tastes. Of course, this year, this was not a possibility, however, the individual says that, according to reports, the park’s tastes were fading anyways, so they would mostly be getting mouthfuls of rusted metal.

Students also missed in-person interactions with their teachers and building meaningful relationships with them. Students especially missed their favorite teacher, Dr. Doofenshmirtz (real name unknown), who came to teach science after time served in-person for stalking and attempting to kidnap children he kept calling Phineas and Ferb (who were actually named Phil and Rob, and were random children not from the show) as well as illegally hunting platypuses and public indecency. How the school board let him be hired is a mystery, but students did love his class where they did lots of fun labs like, “Who Can Stand Still For the Longest Time Without Dying.”

We hope that next year students can return to their traditions and activities as scheduled, although we will pass along some concerning responses to the police.

Raffaele Quintino - June 24, 2020 0
Due to the overwhelming silence from the senior class, I decided to talk to members of the administration about this discovery. But all that Superintendent Peter Smith had to say on the matter was “What are you doing on my doorstep and how did you find my address?”