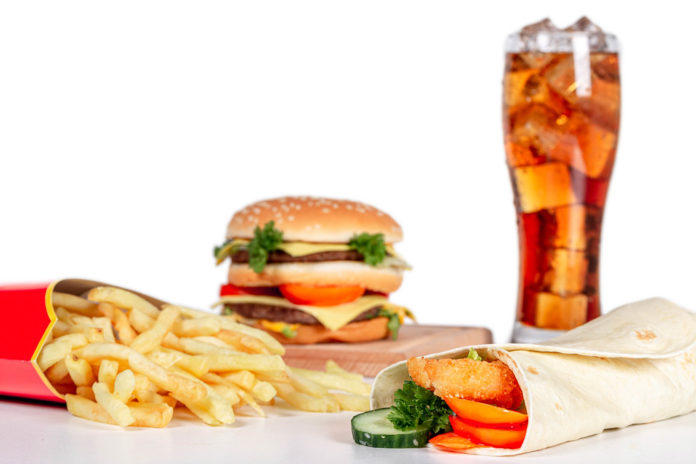 From the infamous Big Mac vs. Whopper debate to the new and exciting “Chicken Sandwich Wars,” the best fast food meals and establishments has been a debate that has raged on.  But in J-DHS, I have sent out a poll to the students of the high school to see exactly where the students stand on various fast food issues.  The students were polled on their favorite chain, favorite signature menu items, and more.  I present to you the findings of the survey (with only nine responses).  It’s time to settle the fast food debates!

When asked what fast food chain is their favorite, 33.3% of J-DHS students chose Chick-fil-A, followed by Panera (22.2%), and then a tie of 11.1% between Chipotle, Five Guys, McDonald’s, and Subway.  Surprisingly, among those not chosen by any of the nine students were Starbucks, Wendy’s, Popeyes, Five Guys, and Domino’s.

I thought it would be funny to ask J-D what their least favorite fast food chain is.  It seems some people really hate Chick-fil-A (22.2%), which is funny considering it was also the most loved fast food chain by J-D students.  It’s quite the polarizing restaurant.  There was then a six-way tie at 11.1% between Jersey Mike’s, Chipotle, Little Caesars, Five Guys, Burger King, Arby’s, and Subway.

Out of the eight people who are representing all of J-D in this existential question, 50% of participants chose Blaze Pizza as their favorite fast food pizza chain.  Runners-up included Domino’s (25%), Pizza Hut (12.5%), and Little Caesars (12.5%).

Where do people like to get burgers?  You may be surprised to find out that J-D does not prefer Wendy’s or McDonald’s.  An astonishing 75% of participants said they preferred Five Guys for burgers, and 25% chose Sonic, a presumed underdog.

The question about where people like to get chicken was also nearly unanimous among the eight respondents to this question.  75% chose Chick-fil-A, and 25% chose McDonald’s.  Nobody answered Popeyes or KFC, which some may find shocking.

Unsurprisingly, J-D loves Starbucks.  When asked what their favorite fast food place to get coffee was, 62.5% said Starbucks, 25% said Dunkin’, and 12.5% surprisingly said Tim Hortons, which is far more popular in Canada than it is in the United States.

Most people do not go to fast food establishments to get their sweet tooth fix, but some people do.  When asked what their favorite fast food chain to get desserts was, 50% said Carvel, 25% said Cold Stone Creamery, 12.5% said Starbucks, and 12.5% said Dunkin’.  Somehow, nobody responded with Krispy Kreme.

For the question about Mexican food, there were only three options, the ubiquitous Chipotle, Moe’s, and Taco Bell.  50% of J-D students prefer Chipotle, 37.5% prefer Moe’s, and just 12.5% prefer Taco Bell.

An astonishing 100% of survey participants at J-D prefer the McDonald’s Big Mac to the Burger King Whopper.

Only five people responded to the written question asking what their favorite fast food chain was that they tried while traveling that we do not have in the Syracuse area.  One person said Sheetz (convenience store/coffee shop), one said In-N-Out (burgers), one said Bojangles’ (chicken), one said Waffle House (breakfast), and one said Mellow Mushroom (pizza).

The Breakfast Game is Not for Wendy’s