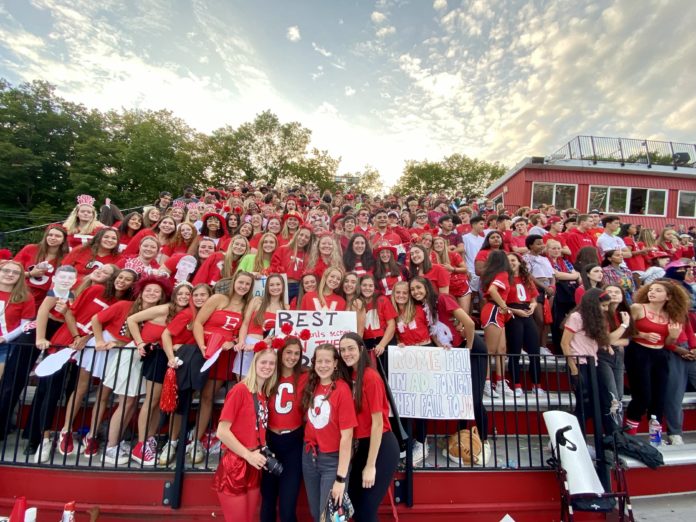 During the boys’ homecoming soccer game around 5:45 on Saturday, October 2, Principal Gasparini was notified there was a student present with a weapon.

Under further investigation, the student with the weapon (a knife) had not yet entered the stadium and was prohibited from doing so. Principal Gasparini called 911 and DeWitt police along with a state trooper responded to the call and removed the knife from the student’s possession. The student was taken to a nearby parking lot during this process to prevent panic. They cooperated with law enforcement and then were released to their guardian(s) while leaving school grounds immediately. Nobody was injured, nor was the knife used before being confiscated.

Since then, the investigation has been closed, but due to keeping the student’s identity anonymous, any rumors about what the student was wearing or why they had the knife are unable to be publicized. Along with that, the consequence the student is facing or if legal action is being taken is also undisclosed information. Gasparini said, “There are rules obviously from bringing dangerous implements to school, and they are pretty serious consequences. So any student who does that is going to face really some very serious consequences from the school.”

Principal Gasparini said this incident was able to be controlled because of other students. It was a student that notified him of the weapon and was ultimately the reason the situation was contained. Principal Gasparini said, “Outside of this incident, any incident, we want our school to stay safe, and our school stayed safe because when people heard or saw something, they said something. That’s how we say stay safe. So it doesn’t matter what the situation is, whether it’s at a game, or in school, or you know, somebody hears a rumor over the weekend and they email me, or a teacher, or a counselor, it really helps us to keep the school and the community safe when we know what’s going on. So I just really emphasize see something say something, that’s the best policy.”

A newsletter was sent out to J-D families and staff the following Monday explaining the whole situation.

“The good news is that everything became safe,” said Gasparini. “Once administration and law enforcement knew what was going on, the situation was under control.”