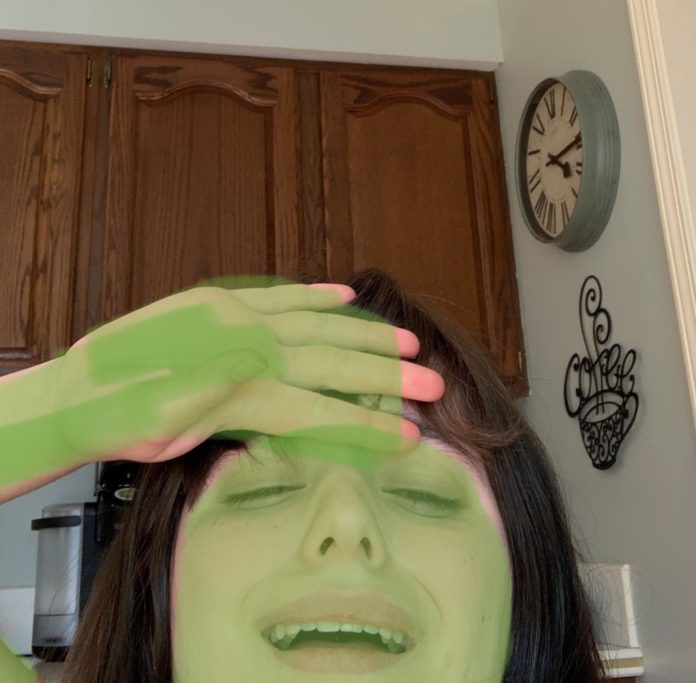 Ah, the Syracuse area in the beginning of March. People have started to appear outside of their houses. That older man who likes to mow the lawn with his shirt off in your neighborhood is a little eager to risk pneumonia to get a head start on clipping the snow. Approximately three females over the age of 80 have been spotted at Shoppingtown Mall. Spring is in the air, or at least it’s supposed to be. More importantly, green is in the air! Nothing screams March like the occasional sight of a leaf or blade of grass, and of course, Shamrock Shakes. In the spirit of St. Patrick’s Day, J-D has gone all out by putting green all over the school.

“I’m always amazed by the artistry of our school’s food. I’m not sure where it’s imported from, but the variety is so impressive. It’s a surprise every time to see what it’ll look like, and I’m never disappointed,” said lunch monitor Mr. Adler. We interviewed him about a few repeated instances of green-themed food. “It was a little strange that Momo and Paige didn’t tell us this was going to happen, but I think it really keeps with the fun of the season,” he finished.

“It doesn’t taste…minty,” said junior Khani Cossa when we interviewed her about the unexpectedly green hamburger she bought for lunch on March 2nd. “It really doesn’t taste like anything green. It kind of tastes like if green eggs and ham decided to produce offspring together. It’s not even green all the way, just around the edges of the patty and the bun. I don’t know if they were going for a stylistic thing, but it didn’t work.”

The semi-green sandwich was not the only decoration for this celebrated day: students and teachers with classes in B02 were surprised to discover a pale green spot spreading on the ceiling tiles above them. Ms. Groman claimed it was a chemical tie-dye experiment from several years ago that had gone wrong. Mr. Sommer told interviewers he believed that it was a sign that “the end was near”, but upon further examination, declared that the tile should be removed to see if it had potential to create renewable energy. The tie-dye turned out to be leakage from a rat that had supposedly expired while living in the ceiling tiles quite a while ago. It was green as well.

“Even if that means using a dead rat?” We asked.

“Even if that means using a dead rat?” She asked.

“I’m overjoyed about the rat,” said chemistry teacher Ms. Boettger in a separate interview. “My students can get an unexpected lesson in the decomposition of an organism all up close and personal! Happy St. Patrick’s Day!”

Green has truly been appearing everywhere. A similar color to the ceiling panels seems to have appeared in between the pages of a few students’ textbooks. We interviewed a student human rights activist on the matter.

“No, this hasn’t just been happening this month. We have had dilapidated textbooks for years, and now is the first time anyone’s been paying attention to it! It’s probably a health code violation!”

School administration could not believe their eyes.

“What has this school come to?” asked Mr. Gasparini, shaking his head. “It’s despicable. It’s nauseating. Students shouldn’t have to come to school under these disgusting circumstances.”

Gasparini later made it clear that he believed these events to be acts of disloyalty to J-D in favor of the colors of their rival school district, F-M.

“This streak of green in our school reeks of roguery, of treason. But we are stronger than this. March may have entered like a hornet, but the staff and students here will make sure it will leave like a ram.”

Aveline Chocolat - September 25, 2020 0
“The loss of TikTok will leave a giant music note shaped hole in the hearts of the JD community,” Mr. Gasparini told the entire school over the loudspeakers.