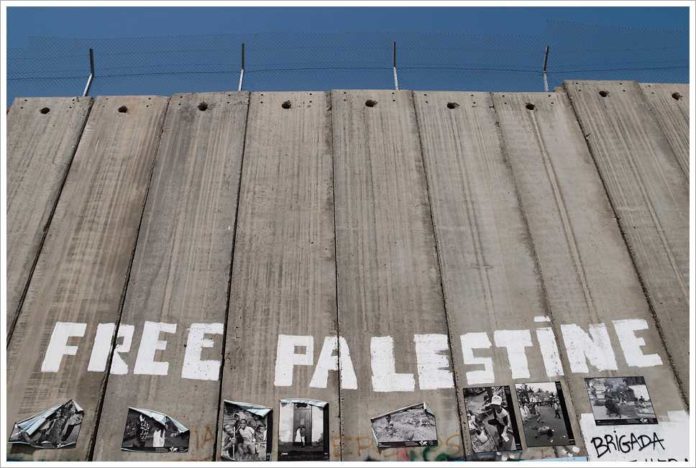 Since the end of World War 1, Israel and Palestine have been at odds.  Recently, there has been an increase in warfare, with upwards of 300 Palestinians killed in Gaza.  Israeli airstrikes are to blame for many of these deaths.

The whole conflict between Israel and Palestine is a century-old issue that started over a land dispute.  After the Ottoman Empire was defeated in World War 1, Britain took control of modern-day Palestine, which was populated primarily by Arabs and a Jewish minority.  Tensions rose as many more Jewish people began to arrive, claiming it was their ancestral homeland and seeking a country to be free of oppression after the Holocaust.  Palestinians, on the other hand, had already claimed the land and were adamant about staying.  The UN attempted to avoid conflict by voting for the land to be divided into two territories.  However, Palestinians did not approve of the deal, and as a result of British rule withdrawing, Jewish leaders took matters into their own hands and declared the establishment of the state of Israel.  Palestinians were outraged and a war between the two erupted as a result of their disagreement.  The entire war was perplexing and brutal, with hundreds of thousands of Palestinians forced from their homes and fleeing to avoid death.  By the end of the fighting, the more powerful Israelis had claimed the majority of the land, and the land claimed by the Palestinians was now within what would become Israel.  Because Egypt claimed Gaza (technically within Israel’s borders), Jordan occupied land in Palestine territory, and as a result, the holy land of Jerusalem was divided, with Israel claiming the west and Jordan claiming the east.  Since no peace treaty was ever signed, the conflict never ended, and wars continued to erupt in the years that followed.

As of today, Gaza is under the control of the Palestinian military group, Hamas.  However, both Israel and Egypt control the Gaza border in order to prevent Hamas from obtaining weapons through trade or smuggling.  Palestinians in Gaza claim they feel trapped and deprived of freedom as a result of Israeli restrictions and actions against them.  So, while the Palestinians did gain land, they did not necessarily gain freedom, and they are unable to fight for it due to Israeli restrictions and control over them.  Nonetheless, Israel maintains that it will not relinquish control of Gaza in order to avoid further contact with Palestinians seeking freedom.

The recent flaring of tension began in Mid-April, at the commencement of Ramadan (the holy month for Muslims), when prayers at the Aqsa mosque in commemoration of the first night of Ramadan took place nearby at the same time Israeli President Reuven Rivlin was giving a speech.  Leadership at the mosque where the prayers were occurring denied the request to not broadcast prayers at the same time of the Israeli presidential speech, claiming the request was disrespectful to Muslims.  So the Israeli government took matters into their own hands and the police raided the mosque and disconnected the speakers where prayers were being broadcasted.

At the same time, many Palestinian families were being threatened with eviction from their homes in East Jerusalem.  There were no official statements as to why this was only happening to Palestinians, which led many to believe it was strictly because they were Palestinians.  This belief caused more anger and uproar.  Reporter Rami Nazzal said, “…Israeli law allows Jews to reclaim land in East Jerusalem that was owned by Jews before 1948.  But the descendants of hundreds of thousands of Palestinians who fled their homes that year have no legal means to reclaim their families’ land.”  Many argue this highlights the issue of legal discrimination in Israel.

Palestinians began to protest after receiving numerous insults from the Israeli government.  They protested in a plaza outside the old city of Jerusalem that police had blocked off because Palestinians normally gather there to celebrate Ramadan.  The police claimed it was to prevent violence, but Palestinians disagreed and wanted to reclaim the space.  After many conflicts in Jerusalem, an East Jerusalem butcher told The New York Times, “It made it feel as though they were trying to eliminate our presence from the city.  We felt the need to stand up in their faces and make a point that we are here.”

A few more events happened before the mid-May conflict.  An example is when a few hundred Jewish Israeli citizens marched through central Jerusalem chanting, “death to Arabs.”  Not only that, but there are numerous videos of the same people attacking and assaulting people who are perceived to be Palestinians on the same night.  Many foreign diplomats and other leaders tried convincing the Israeli government to do something about the conflicts happening in Jerusalem, but they claim the government was “distracted and uninterested.”

The final thing that happened before the outbreak of acts of war and chaos was Palestinian Authority President Mahmoud Abbas suspending the Palestinian election.  This may not appear to be important, but Hamas (a Palestinian militant nationalist group) used this as a chance to demonstrate that they were a better and more capable leadership for Palestinians, placing themselves as military defendants of Jerusalem.  About a week before the major conflict broke out, the leader of Hamas issued a rare statement that said, “This is our final warning, if the aggression against our people in the Sheikh Jarrah neighborhood does not stop immediately, we will not stand idly by.”

War seemed unlikely until authorities attacked the Aqsa mosque on Friday, May 7.  They brought violence with them by bringing stun grenades, tear gas, and guns loaded with rubber-tipped bullets.  This sparked hours of violence with stone-throwing protesters who determined they would not tolerate the disrespect brought by the police.  The holiest day of Ramadan concluded with stun grenades and gunfire.  The same situation happened three days later, when Sheikh Jarrah’s last court hearing and Jerusalem Day were scheduled to coincide.

By the time the government had rerouted the Jerusalem Day march by Israeli citizens away from the Aqsa mosque, it was too late.  By then, the Israeli army had already started to order the removal of civilians away from the Gaza border.  That night, the firing of rockets from Gaza was initiated.

The militant group Hamas started to launch rockets toward many major cities in Israel, including East Jerusalem.  It’s estimated that between 3,000 and 4,000 rockets were launched towards Israel.  Around 700 of them landed within the Gaza strip, and over 90% of the rockets launched toward Israel were intercepted by the Iron Dome, an air defense system created and used by Israel Aerospace Industries.  As a result of the rockets fired, the Israeli military launched more than 1,000 air and sea strikes towards Gaza. This was much more destructive due to the dense population in Gaza and the power of the airstrikes.  Both sides continued the back and forth launching of weapons, resulting in a number of deaths and property damage to both sides, but due to the extremity, Palestinians in Gaza got it much worse.  More than 2,000 Palestinians have been injured in just under two weeks and upwards of 250 have been pronounced dead.  It is estimated one-third of the total deaths of Palestinians were children.  By May 19, at least 70,000 Palestinians had been displaced because of the damage in Gaza.  13 Israelis are dead as well because of the rockets fired by Hamas and numerous mob fights.

There were eight main days of violence between Gaza and Israel, but ultimately there were 13 days before the ceasefire.  Day one started Monday, May 10 when the Israeli military responded to the rockets fired from Gaza with a copious amount of airstrikes.  By the second day, 30 Palestinians, including 10 children, were pronounced dead along with three Israelis.  On day three, things escalated between citizens, and waves of violence and mobs spread through Israel between Palestinians and Israelis as missiles soared above.  On day four, things got much worse as the Israeli military intensified its campaign of airstrikes towards Gaza, completely demolishing homes and businesses.  On day five, violence intensified on the West Bank as Israeli soldiers fired on demonstrators.  Some sources claim multiple children were fired on in the process.  Protesters fought back by throwing stones and lighting fires.  Day six came and Israeli airstrikes destroyed an important building that was home to two major news media outlets, but on this day as well, thousands of Palestinians were fleeing their homes to escape violence.  Hamas fired more rockets towards the Tel Aviv area in Israel, most were intercepted.  Day seven was arguably the most lethal day.  Dozens of Palestinians were targeted as Israeli airstrikes were aimed towards multiple major apartment buildings centered in Gaza City.  On the last main day of violence, the Israeli military released some 110 rockets and bombs towards 35 targeted areas in a “predawn bombardment” that was extremely destructive while only lasting around 20 minutes.

Due to the damage caused and the inability to keep up with Israeli forces, Hamas called for a ceasefire on May 13.  Their request was ultimately denied by Israeli Prime Minister Benjamin Netanyahu.  Five days later on May 18, France, Egypt, and Jordan announced the filing of a United Nations Security Council resolution calling for a ceasefire.  A ceasefire between Israel and Hamas went into effect on May 21.  Despite the disparities in damage and mortality rates, both sides claimed victory. Still, Palestinians will likely eventually continue fighting for a homeland, and Israel will try to maintain theirs.