RamPage
Home YamPage Intrigue and Inconvenience: The Effects of the Blue Hall Construction 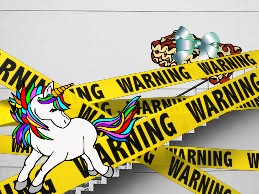 Once again, the administrators of Jamesville-DeWitt High School have asked themselves an important question: what is the most annoying and unnecessary renovation we can make to the school? In what ways can we inconvenience our mentally fatigued students even more? And it seems once again that they have the answer: renovating the Blue Hall. After staring down the Blue Hall for several hours, Principal Gasparini has come to the conclusion that our halls are just much too long and narrow for his comfort. Thankfully, the construction company that he has on speed dial dropped everything to help him for the 15th project in a row.

We interviewed several students to learn their opinions on the renovation and its impacts on their day. The general consensus seems to be that the less staircases there are, the harder it is to get to class. The blocked off stairways have made traveling to class difficult in part due to construction, but also because of the unicorn farm an undisclosed history teacher keeps in the school, and because of the freshmen, who have never used a stairway in their lives. However, some opinions differ. Senior Max Oppedisano says the wideness of the Blue Hall has always been an eyesore that bothered him, though he would never admit it because he believes the people living in the Blue Hall’s walls would be offended.

A rumor that Mr. Gasparini has some kind of dirt on a higher-up in the construction company (considering the ridiculous offers he makes and is able to get done) has spread like wildfire. Both Gasparini’s agent and manager, as well as the construction company’s PR manager, declined our request for comment, which, of course, means they are guilty. However, an insider at the construction company has anonymously sent us a clue about the secret: it involves a birthday gift of lasagna placed in a stolen dish from a backroom of the Louvre. Students must admit, though, the rumor about this secret does give a certain edge and air of mystery to the school and our staff, boosting our notoriously low sex appeal.

All I can say is that a situation like this would never happen back in Mother Russia, where the schools gave us borscht out of rat carcasses for lunch. Ah, back in the good old days where things were simple and the monster under my bed sang me “тили тили бом” until I fell asleep every night and it would feast on my ingrown toenails. How I miss the homeland.

Good luck to the construction company on keeping their secrets safe and we wish Gasparini a speedy recovery from his renovation addiction.