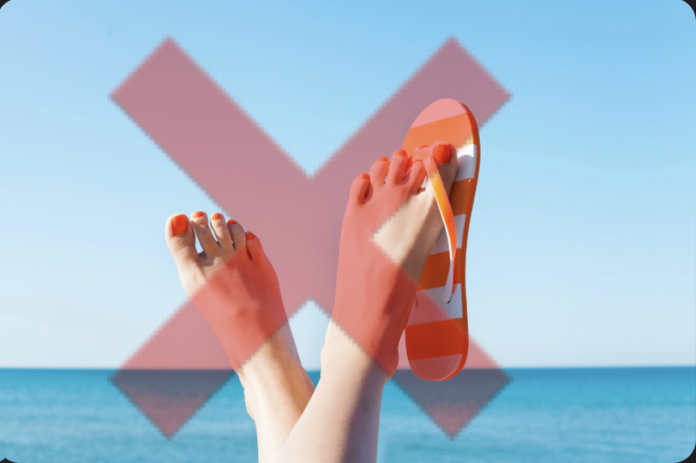 The dreadful month of March has finally passed and April is here. In like a weasel, out like an octopus, as the saying goes. And Spring Break is a package deal. Of course, the most common words to hear at this time of year are, “I literally can’t keep my eyes open,” but a close second is, “Did you go anywhere for break?” But at YamPage, we don’t follow the norms. So we interviewed the people who stayed home—those responsible for the phrase taking fourth place: “No, I stayed here for break.” The third most common utterances are uncontrollable sobbing caused by the only occasional sunny days.

Four students who weren’t going on break were tracked down and interviewed using a series of deeply meaningful questions. The first was junior Stephanie Lynne. Question one was obviously, “Did you go anywhere for break?” Lynne responded, after a long pause, “No.” From there, she was asked about what other plans she had made, how much boredom eating had occurred, how badly her sleep schedule was messed up, and how many unreachable goals she had set for herself. These were her responses: “Mostly I tried to avoid Multiverse of Madness spoilers and watched goats try hamburgers for the first time,” “A lot. Too much. It was worth it,” “So bad. Do you know how many random documentaries I found on Netflix to keep me up? Not many, but enough,” and “Uh, somewhere around five. I started off with going to bed early and ended with telling myself I can memorize my lines [for the drama show].”

Next up was freshman Alyssa Forgione. She excitedly answered all the questions: “No, I stayed here most of the time! I just got to hang out with people and walk my dog and all that fun stuff,” “I just told you! But I didn’t really have set plans. There was always something to do though,” “Boredom eating? Good question. The moon was waxing, so a lot. There’s this brownie recipe I tried; it was incredible! No walnuts though. Absolutely no walnuts,” “Oh, my sleep schedule got so crazy it looped around and was okay again! There are these seven hour YouTube videos that I cannot stop watching for the life of me,” and “Unreachable goals! You know, just the usual. Being productive, helping out, writing a novel, getting fluent in French. I thought I might try ax throwing too. It sounds fun. A little dangerous, but hey! Nothing’s impossible on spring break. Oh, and I put together a plan to get back on stage crew for the spring show. By the way, do you know where I can find any ostrich eggs?”

Another freshman, Mona Farah, was next. Her interview was the most normal by far: “I went to Japan! I was so excited—it’s always been a lifelong goal,” “Oh, I infiltrated a Japanese kitchen and served everyone cheeseburgers. Just for fun!” “I have a whole cabinet dedicated to boredom eating. I almost finished it this break. My favorites so far are goldfish, chocolate, of course, spam, seaweed, crickets, scorpion legs, and cactus,” “Sleep? Sleep is for the weak. But I got about a healthy two hours,” and “Oh, the Olympics are a huge goal for me. Haven’t gotten there yet though. Also, you know those alpha male podcasts? Yeah, I got an invite to go on one of those, which was super exciting! And Play-Doh. I learned how to make Play-Doh.”

And finally, senior Max Oppedisano, the oddest interview by far: “Uh, yeah, I stayed here. It’s an old tradition to be bored during spring break,” “Oh, I don’t know. The usual. Hung out with friends, watched stuff. Nothing crazy,” “Boredom eating? Um. Not sure what the scale is, but we did have a lot of food…?” “I tried to keep my sleep schedule normal, but it’s difficult with everything going on,” and “I don’t think I had any unreachable goals! A couple realistic ones, though. I baked some cookies.”

There you have it—a slice of life from the overlooked students. The ones staying home finally get some representation. They can finally feel like it’s not shameful to not be going to the Bahamas. We hope you found some good boredom snacks to keep you company in your existential misery.

Françoise von Farquaad - May 12, 2020 0
“I know that many of the other kiosks, printers, and teachers around the school are worried about the Blue Kiosk's behavior, but I personally don’t have anything to worry about because I don’t let my students print during class anyways,” stated the very calm Social Studies teacher, Eric Ormond.