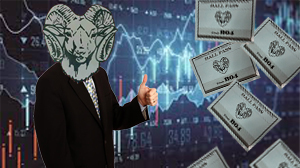 Inflation rates have soared in the past year, but most J-DHS students have been blind to the effects on a personal level. But not anymore. Starting on April 20, 2022, students will need to carry two hall passes instead of one to leave classes.

“One hall pass can’t get you anywhere these days,” history teacher, Mr. Ormond, said in an interview with us. “I remember when I was a student, I only needed half of a hall pass to get from here to F-M. But now, good luck even making it to the Red Hall. But maybe a good thing to come out of this inflation is that I’ll get the other half of my baseball bat back.”

One student going to the bathroom during third period said, “I worked hard to get my hall pass and now it’s just losing value. You know, if Mr. Gasparini was still going to be principal next year this wouldn’t have happened. I remember when I was a freshman I didn’t even need to sign out to use the bathroom, let alone take a pass. I just turned off my camera, muted my mic, and walked to the bathroom. This amount of administrative regulation is invading my personal freedoms and I will not stand for it.” Although the student refused to identify themselves, based on the egotistical nature of the conversation, it is safe to assume that they were a sophomore.

Another point of contention in the inflation debate is what the administration can do to stop it from getting worse. “Why don’t they just stop printing hall passes?” a student was overheard saying in passing. Another student claims that junior Bohdin Bright is the root of the issue. Bright has been seen on their Snapchat stories flaunting their hall passes for all to see. Based on the footage we saw, it appears that Bright has upwards of 20 hall passes. Although it feels like this may become the new norm in a month or two, some students don’t have two hall passes to begin with. While there are still communal passes in each classroom, the private ones (with the student’s name on them) are more sought after. Some say that because Bright’s parents attended J-DHS and have connections to the administration, there is no point in going after them. Instead, the administration should focus on the J-D students who have four or five hall passes.

As tensions rise between the average student and the bourgeoisie, we at YamPage will keep this story updated.

Asparagus Fern - September 13, 2022 0
There’s got to be some psychological bald cap happening.