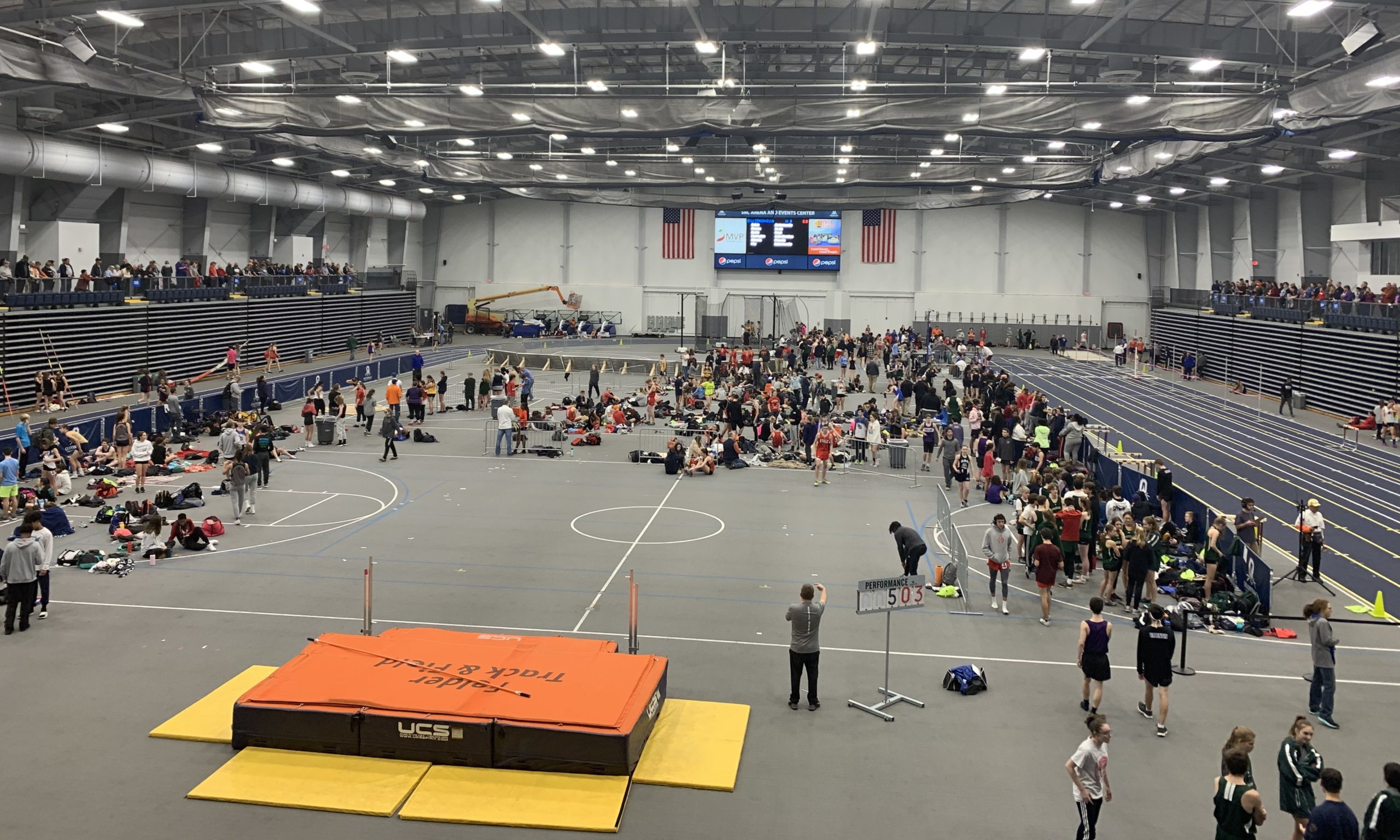 The Jamesville-DeWitt Indoor Track and Field teams continued their successful seasons on Saturday, when both the boys and girls teams competed in the Fred Kirschenheiter Meet at SRC Arena.

The boys team took home first place, beating out teams like CNS, Baldwinsville, and West Genesee. Top results included a first place finish in the 4×200 meter race and a trio of solid performances in the jumping events by Caleb Smith.

Habe Conlon, Nick Dekaney, Joe Staples, and Josh Duby each ran below 25 second legs of the 4×200 relay. They won the event by over a second, and qualified for the State Qualifier meet with a time of 1:36.06.

Caleb Smith earned first place in the long jump, along with third and fifth place finishes in the high jump and triple jump, respectively. Smith contributed a total of 20 points to the Red Rams’ victory.

On the girls’ side, J-D finished in fourth place overall. Rainer Yaeger and Tasha Bazile headlined the jumping events for the team. Yaeger placed in the top four in both the long jump and triple jump, and both performances were well above the standard for the State Qualifier meet. Bazile claimed first in the high jump with a personal best height of 5’2”.

Another bright spot for the Red Rams was Amarisse Rodriguez. With a weight throw of over 26 feet, Rodriguez became the first thrower on the girls team to qualify for Sectionals. Her performance was also good enough to set the school record in the weight throw.

The track teams will look to make their final preparations for Leagues and Sectionals, as they have their last regular season meet on Saturday.