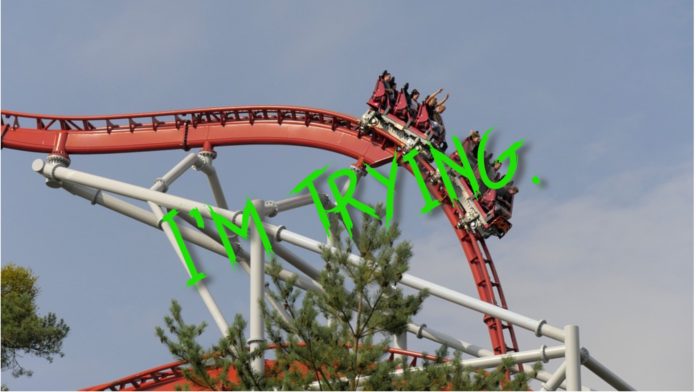 Schools all over the world are having to rethink how they run and JD superintendent Peter Smith has a unique plan for the coming school year.

“Look, it’s become inherently clear that nothing I do can please the JD community. No matter what reopening plan I present, I’m still going to receive 73 angry emails from parents, so I just decided to do the only thing I could think of to make everyone happy. And that’s why I am converting Jamesville-DeWitt High School into an amusement park,” Peter Smith stated at a recent Board of Education meeting. “We sent out a survey about doing a hybrid school calendar to all JD parents and 62% of the parents who responded were strongly opposed, but 93% of parents like funnel cake, so we decided to go with that. Look, if this is what the people want, I’m committed to giving it to them. I’m trying, really I am.”

I’m Trying Land opened on September 14 and was met with positive feedback.

“I was annoyed at Dr. Smith for cutting the Chinese program, but now we’ve got a carousel, which is so much better,” JD parent Heather Henderson said. “I’ll stop sending him angry emails now.”

“I had so many opinions about school this year, but then I realized I would much rather ride a roller coaster than share them with the school board,” JD sophomore Tara Pollock told reporters right before she ran to wait in line for the amusement park’s main attraction, the No More Questions…Please Coaster.

“Whee!” stated school board president Wendy Rhodes from the park’s tilt-a-whirl, which is named You Like This, Right?!.

“They like it? Oh thank goodness. I was worried that I would have to send out another survey,” Peter Smith told Yampage reporters, when asked for a statement about what is being called “The Least Controversial School Board Decision Ever.”

Meanwhile, be sure to check out the puppy party at the middle school and giant water slide at Tecumseh.

Aveline Chocolat - October 3, 2022 0
Episode one of Betrayed: The End of the Gasparini Years