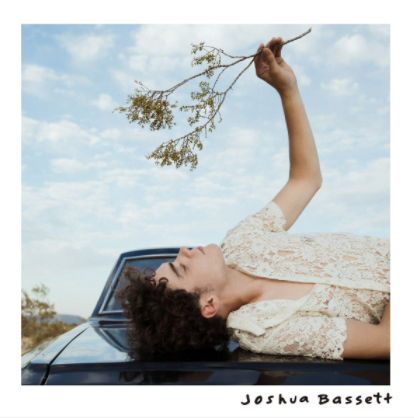 Joshua Bassett first came to fame in the hit show on Disney Plus, “High School Musical: The Musical: The Series.” Fans of the show went crazy for his charisma and personality, and even fell in love with him off-screen. After releasing a few snippets of songs on Instagram, he finally released his debut self-titled EP on March 12, 2021. The EP consists of six songs with titles including “Lie Lie Lie,” “Telling Myself,” and “Heaven Is You.” To get fans excited for the EP release, Bassett released a few singles early such as “Lie Lie Lie” and “Only A Matter Of Time.”

This EP is very cohesive and all the songs fit the same general vibe, which is a great move done by Bassett. Listening to all the songs together, it is clear they are part of the same album, however they each have their own individual elements that stand out. The first song on the EP is “Sorry,” which is definitely the most different from Bassett’s other songs which tend to be more acoustic and stripped down. The thing that stands out in this song is the different layers of instruments that are heard throughout the song. The second song is “Do It All Again,” which is a sweet song about falling in love for the first time that makes fans fall in love with Bassett all over again. The song “Lie Lie Lie” is about a friend of Bassett’s who ended up using him and not being who he said he was. Having a release date only a couple days after the song “Drivers License” by Olivia Rodrigo, Bassett’s suspected ex, he cleared up the speculation that the song was not about her. The song “Only a Matter Of Time” showcases the immense vocal talent Bassett has, which makes people want to listen over and over again. “Telling Myself” reminds me of the song “Sorry” in the sense that it is not a love song or about relationships, which is a common theme in Bassett’s songs. It is about regret and being somewhat of a player in a relationship. The final song on the EP is “Heaven is You,” which will pull on your heartstrings because of the emotional lyrics like, “But darling ever since I met you, I know that heaven is you.”

The cover art for the EP is very fitting for the overall theme and feeling of the album, with the carefree and relaxed picture perfect for making you want to listen to the songs on a drive in the summer. Bassett also released merchandise with the album cover on them for fans to purchase on his website. As well as the designs with the cover art, Bassett also took a comedic approach to the viral Saturday Night Live skit featuring the song “Driver’s License” and took a quote from the scene and put it on his merch. The skit was centered around the song playing in a bar-type atmosphere with a bunch of middle-aged guys bonding over their love for the song, and talking about Bassett in the process.

Overall, Joshua Bassett’s EP is definitely worth a listen if you haven’t experienced it yet. There is a song for everyone, from upbeat and fun to acoustic and more mellow.

To All The Boys: Always And Forever, A Near Perfect Ending...