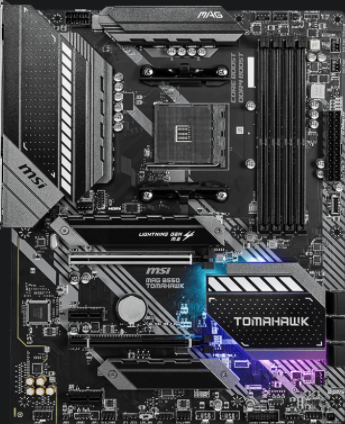 Motherboards house many of the internal components of a computer, and handle how they interact with each other.  They are much bigger than CPUs, and they are square or rectangle-shaped.  Motherboards have numerous slots and connectors on them that you have to plug everything else into.  If you’ve ever seen USB ports on the back of a desktop computer, that’s actually because the motherboard is flush against the side of the case.

Motherboards allocate power between components, and they are very important.  I’d slot them in just below the CPU in terms of importance.  You always want to make sure that your motherboard socket matches your CPU socket, as not all motherboards are compatible with all CPUs.  You also should pay attention to the chipset, as there are higher and lower-end chipsets, and different models within each chipset.

Things to look for in a motherboard include how large the heat sinks are and how many power stages the board has, as these are big factors in overclocking potential and temperatures.  You should also consider the form factor.  You should usually get a motherboard the same form factor as your case.  For example, if you get an ATX case, you should get an ATX-size motherboard.  A top budget contender is the $95 Gigabyte B550M DS3H.  B550 is an AMD platform, so this board will only work with AMD CPUs of compatible generations.  A mid-range player with big features and a respectable price is the $170 ASUS TUF X570-PLUS, which is also an AMD board.  While you’d either have to be crazy or just crazy-rich to get this Intel board, the MSI MEG Z490 GODLIKE is certifiably an insane motherboard at $750.  Big players in the industry include ASUS, MSI, Gigabyte, and ASRock. 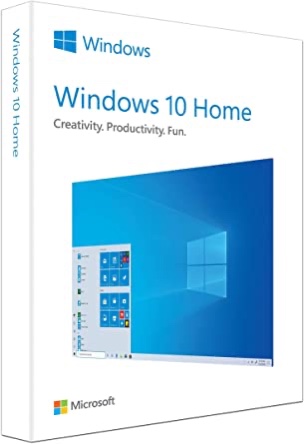 Next, we have the virtual PC part, the operating system.  I’m sure you’ve heard of macOS and Windows.  Nearly every built system will be running on Windows 10, the newest Windows operating system.  MacOS is proprietary to Apple products, and you can’t buy it, although some people have found sneaky ways to put it on their Windows system.  There is no point for the average user, though.  There are a few ways you can install Windows.  You can get a free copy of it when you build your PC, but you will perpetually have a watermark in the bottom right corner of your screen asking you to install a full copy.

The most legitimate and safe way to get Windows 10 is through Microsoft’s own website, or through Amazon, NewEgg, Walmart, Best Buy, etc.  You can get a full Retail USB version of Windows 10 Home for $140, or Windows 10 Pro for $200.  You probably don’t need the Pro version, as it gives you a few security features and some software.  The good thing about the Retail version is that you can infinitely transfer it between motherboards, and you get full Windows customer support forever.

OEM versions of Windows 10 are officially allowed by Microsoft, and authorized to be sold on partner websites like Amazon, NewEgg, and B&H.  These often cost around $110 for Windows 10 Home, saving you $30.  However, you lose out on the customer support and you can sometimes transfer between motherboards a few times, and then eventually it won’t let you anymore.  An even cheaper method involves buying a $50 Retail USB stick of Windows 10 Home or Pro on eBay.  Great deal, right?  The full Retail version for only $50?  No.  Because on a USB stick, sellers can insert spyware and malware that can steal your information, including payment information.  Sometimes you’ll get lucky with this method, but I don’t recommend it.

The sketchiest, but by far the cheapest way to get Windows 10, is to buy a $10 key on grey market sites or on eBay.  The way sellers do this is by stealing credit cards and buying a bunch of OEM copies of Windows on the stolen card, then selling them for super cheap so they can get rid of the evidence, and still make a profit.  Or they are selling you the education version, which college students can get for free.  They could also be buying versions from other countries where they are cheaper.  If a key is found out to be stolen, the Windows license will be deactivated. However, not all hope is lost if you’re on a budget and don’t want a watermark indefinitely. scdkey.com sells keys that are actually Retail versions for very cheap, so go ahead and buy from them. Additionally, if you have an older version of Windows like Windows 7 or 8, you can update for free to Windows 10.

How To Build a PC: Introduction