RamPage
Home Lifestyle Technology How to Build a PC: CPU/Cooler 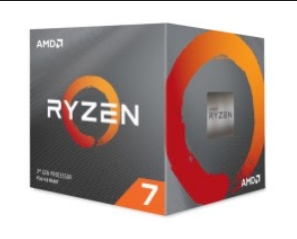 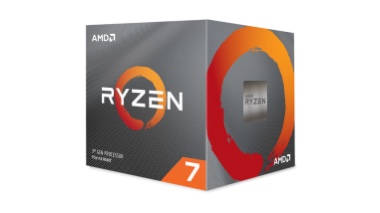 The CPU, or central processing unit, is a small chip that functions as the brains behind your computer.  A good CPU will benefit workstation applications, such as editing or encoding video.  CPUs are generally regarded as the second most important part in a system, after only the graphics card, although if you don’t perform graphically-demanding tasks like gaming, it could even surpass them in prominence.

Things to look for when purchasing a CPU are the number of cores and threads.  6 cores, 12 threads is currently the healthy middle ground between price and performance.  The core and thread count determines how well the CPU will perform with its general workload (loading, saving data, etc.).  You should also look at frequency, which has more of an impact on gaming and other graphics performance.  A base clock of 3.7 GHz (gigahertz), and a boost clock of 4.5 GHz is a happy medium.

There are two major companies competing for the top of the proverbial heap.  These companies are Intel and Advanced Micro Devices (AMD).  You will find Intel chips in many pre-built systems and laptops, while AMD is more popular with individual PC builders.  Intel has historically shined with gaming, as their CPUs have had higher frequencies than AMD chips, however, AMD chips have been better for core-heavy workloads, because of their higher core and threads counts.  AMD may pull ahead, however, with their November 5th launch of a new generation of CPUs.

If you must have a CPU right now, the budget king is the AMD Ryzen 5 3600, which sits between $175 and $200 most of the time, and comes with a stock cooler that will likely suffice.  Stepping it up a notch is the AMD Ryzen 7 3700X, a roughly $300 chip that also comes with a decent stock cooler, and has more cores and threads than the 3600.  The ultimate power of mainstream CPUs is for now the Intel Core i9-10900K, at $530.  You will need an aftermarket cooler for this chip, as it runs extremely hot, and doesn’t come with a stock cooler.  A CPU should generally account for around 20% of your budget. 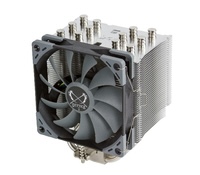 As the name implies, CPU coolers are responsible for keeping your CPU at a healthy operating temperature. CPU coolers rest on top of the CPU itself, attached by thermal paste, or, in the case of liquid cooling, the water block rests on the CPU, and the radiator and fans are mounted to the case.

Water blocks are also attached via thermal paste.  Good thermal paste can decrease your CPU’s temperature, so you can buy thermal paste separately if you want, although nearly every cooler comes with it.

A huge part of PC building is temperature.  You need to make sure that all your parts are maintaining temperatures that don’t cause issues for the part.  For CPUs, you generally don’t want them surpassing 80 degrees Celsius.  Every temperature related to computers is measured in Celsius.

Many CPUs come with stock coolers, but they often don’t cut it, so people buy aftermarket coolers.  You can either buy an air cooler, which will be perfectly adequate for almost every scenario, or you could go the high-end route, which is liquid cooling.  A good air cooler will only cost you about $40 of your budget, while a good liquid AIO (all-in-one cooler) will take up a solid $100.  For any build under $2,000 or so, you should probably buy an air cooler.  You can also build a custom loop for liquid cooling, although this a very advanced skill that I won’t get into.

A good CPU cooler will keep your CPU very cool, while remaining quiet and inaudible.  A fan favorite (get it?) budget choice is the Cooler Master Hyper 212 Evo, at $35.  If you have a little more cash to fork over, go with the Scythe Fuma 2 at $60.  If you have no regard for your life savings at all, the feature-packed NZXT Kraken Z73 may be worth your $280.  Generally reputable brands include Cooler Master, Corsair, NZXT, be quiet!, Noctua, Deepcool, ARCTIC, MSI, and  ASUS.

How to Build a PC Series Motherboard/OS

How To Organize Your School Email