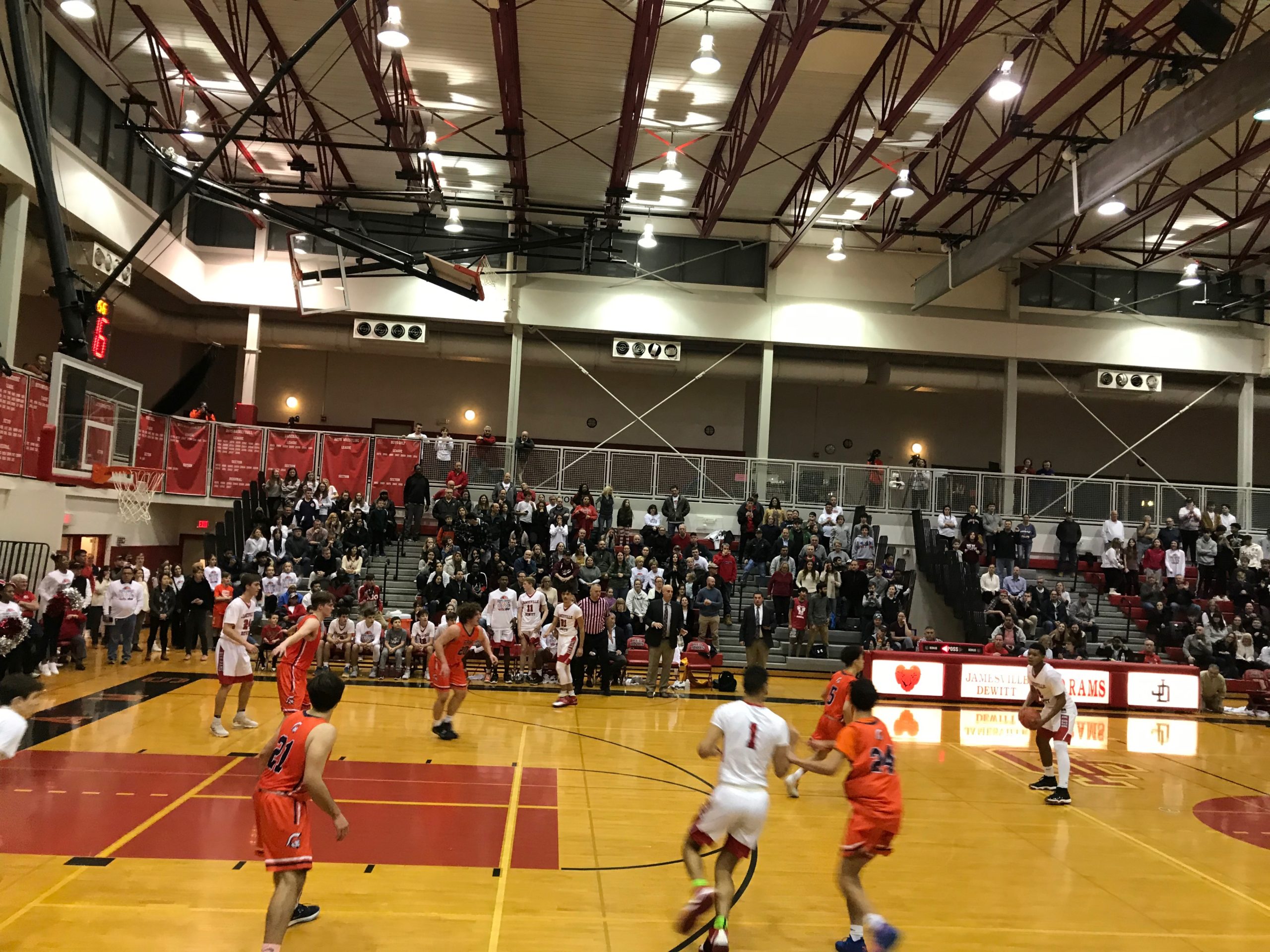 Last Friday, the annual Hoops for Courage basketball games took place at Jamesville-DeWitt High School in the main gym. The goal of the event, which has been hosted by J-D for the last three years, is to raise money for Camp Good Days, an organization dedicated to improving the quality of life for children and families affected by cancer and other serious medical challenges. The money was raised by selling T-shirts for $20 and the one dollar admission. Although the night ended on a low note, the event was extremely successful.

The Hoops for Courage event began at 5:30pm when the Girls Varsity team took on ES-M. The Rams came right out of the gate with energy and never let up, leading the whole time. The girls crushed East Syracuse-Minoa by a score of 68-35, despite being down multiple players. This was the first year that the girls basketball team has played at the event.

After the girls game came the Hoops for Courage main event. All the kids got to play on the court for a short time and pictures were taken as well. The JD Chorus also made an appearance, singing “Lean on Me” with the campers and happy birthday to one of the campers. The singing seemed to bring everyone together for a short period of time, reminding everyone what that night was really about.

The Boys Varsity team also took on ES-M after the singing, taking place a little after 7pm. The crowd grew even louder for the second game, and the air was filled with electrifying energy. The game was very close throughout, neither team able to pull away. The final score of the game was 75-73, with ES-M pulling off the road win in the finishing seconds. With 7 seconds left in the game, ES-M stole the ball from the Rams, and got fouled on the other end. Both free throws were made, and JD couldn’t come up with the winning bucket.

Although the boys loss certainly dampened the mood, especially being the second game, the night as a whole was definitely a success, raising tons of money for Camp Good Days, and also packing the gym to show our school spirit. Hopefully next year will be as successful as this year.