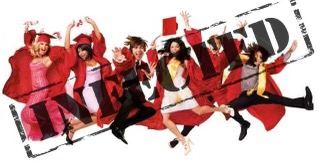 For this year’s musical, J-DHS will be performing none other than “High School Musical 2.” The cast has been working hard and practicing non-stop. Nothing can go wrong, right?

Well, a horrible disease has infected almost 70% of the cast. The origin of this disease is unknown, but it causes anyone who is infected to burst into song and dance randomly throughout the day. A cure is yet to be found and soon, the whole cast will be infected and singing 25/8 for the rest of their lives. I tried interviewing the cast, however, I could not get any answers to my questions due to the fact that in less than a minute I was surrounded by almost half of the cast dancing and singing “We’re All In This Together.”

A whole month into this horrible outbreak, people outside the cast have been affected as well. A student I interviewed, who had seen a musical outbreak, couldn’t even get halfway through the interview before freaking out and screaming, “The music, it’s back! The music is back! Where does it come from!” Based on this encounter, I can infer that bystanders who have witnessed the infected dancing and singing can experience a side effect where they hear a constant loop of background music from the “High School Musical” franchise.

People are working hard to find a cure, but if one isn’t found soon, everyone in J-D will fall victim to this disease.