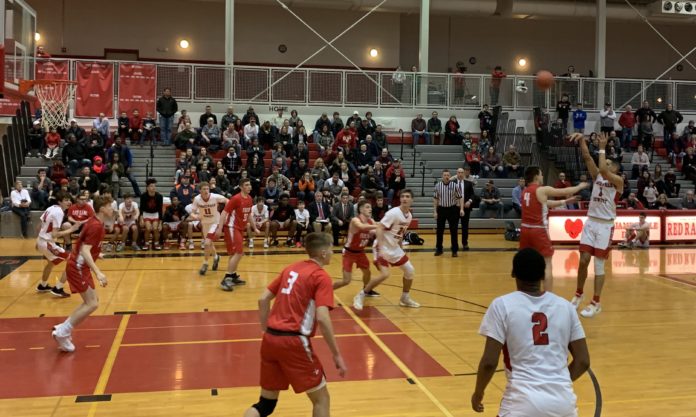 After a month of the fate of high-risk winter sports being up in the air, we finally have some answers.

The winter sports season was supposed to begin on January 4th. Although the boys swimming and diving season was able to get under way, the state put off the start of basketball, ice hockey, cheerleading, and wrestling indefinitely.

Over the past week, approval and plans for a new start date of February 1st have been developing. Details will be decided on a more local level, through county and section officials.

Once basketball  and hockey players reach six practices (and wrestlers complete ten practices), they will be eligible for competitions.

Section III has also decided to extend the end of the fall season to March 13th instead of February 28th, giving teams as much time as possible to have competitions. This will push back the start of the Fall II season, which included volleyball, football, and girls swimming and diving, until March 8th.

The one week overlap between seasons will force some athletes to miss out on practices, but up to three practices from a winter sport can carry over and count for a Fall II sport.

As far as state championships go, they are officially cancelled for both the winter and fall II seasons, but hope still remains that they will occur for spring sports.

The safety precautions being developed is the biggest focus for school and section officials right now. What is known for sure is that athletes will be following several of the same guidelines as during the fall seasons. This includes social distancing whenever possible, wearing masks when it isn’t possible, and comprehensive contact tracing.

Something that isn’t figured out yet is fans. In the fall sports season, each student-athlete was allowed to have two fans at each event. The complicating factor is that winter sports are inside, which could mean there’s little to no room for fans. The decision on fans hasn’t been made yet, and will come with direction from health officials.

With how volatile the state of scholastic sports have been this year, no one truly knows what will happen over the next few months. However, for the first time in a while, there is a firm plan.

Update: Since the writing of this article, wrestling has again been postponed indefinitely.

The Silver Linings of a Very Unusual Swim Season