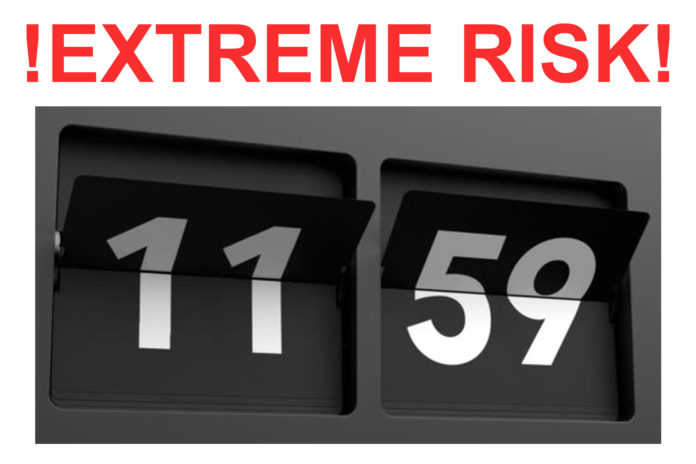 With athletes finally getting to participate in their high-risk sports seasons, many non-athletes are feeling left out. In response, many of these students have started participating in their own set of daring behaviors, except rather than doing so on the field, they’re doing them during the school day.

“I’m tired of athletes getting to take all the risks,” an anonymous freshman told Yampage, adding cockily, “So yeah, I went to the bathroom in the middle of my global Zoom without asking for permission. Take that, athletes.”

Meanwhile, Yampage caught sophomore Hailey Webber walking against the flow of traffic in the four corners during peak rush hour (aka in between fifth and sixth period) with her eyes closed. When we finally caught up with her (a good three minutes after the final bell rang), she told us giddily, “I don’t know what came over me, but what a rush! I finally understand what it’s like to be a varsity mini-golfer.”

Teachers are getting worried though. Math teacher Mrs. Wood said, “The number of students submitting their assignments right at 11:59 p.m. and 59 seconds is truly alarming. And I don’t feel like I can say anything since they are technically turning in their assignments on time. I don’t know what to do.”

“I can’t get away from this newfound haughtiness of my students,” Honors Biology teacher, Mrs. Raicht, told us nervously. “They’ve gone from begging for extra credit to nonchalantly mentioning the fact that they haven’t studied yet, the day before the test! We’ll just have to see how those Modern Genetics tests turn out… That should fix this odd behavior.”

We will keep you updated as this story unfolds. Will Honors Biology students pass their Modern Genetics test? And, most importantly, when will varsity mini-golf get to have its 2020-2021 season?

Jimothy Rivers - December 21, 2021 0
If a student does not follow the agreement, they will no longer be eligible to receive fistbumps from Mr. Gasparini in the hallways.