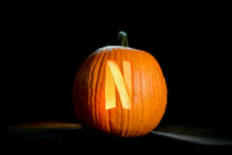 Halloween is just around the corner, and there’s no better way to celebrate the fall season by watching Halloween movies. Netflix just recently announced all the new Halloween and horror films coming to their streaming service throughout September and October, including multiple Netflix original movies. If you’re into suspense, some new Netflix original films are Prey and Nightbooks, which came out mid September. Intrusion, coming out on September 22nd, and No One Gets Out Alive, coming out on the 29th. Netflix is also adding non-original movies like Till Death starring Megan Fox, on October 1st. Other popular suspense movies that are already streaming are The Roommate starring Minka Kelly and Gossip Girl star Leighton Meester, The Babysitter, and Fractured. All these movies will come out throughout the halloween season or are already streaming on Netflix.

Along with new films coming out, Netflix already has a wide selection of halloween and horror films. Popular movies that are currently on Netflix are The Ring, House of the Witch, The Conjuring, The Conjuring 2, The House At The End Of The Street, and recently added was the Fear Street movie trilogy. Emilia Muradova, who is a senior at J-DHS recently watched the horror film Crimson Peak starring Tom Hiddleston. “I really enjoyed this movie, the plot kept me entertained and is definitely a good movie to watch near Halloween.” Muradova stated.

If you’re not into horror films, Netflix also has a variety of different genre movies that fit the Halloween theme. If you’re looking for a comedy, the Netflix original Hubie Halloween came out in October last year. The movie stars Adam Sandler, Kevin James, and Modern Family star Julie Bowen, so you know it’s going to be a favorite.

Overall, Netflix has an excellent collection of Halloween movies to choose from this season, from thrillers and horrors, to light-hearted movies, there’s something for everyone to enjoy.