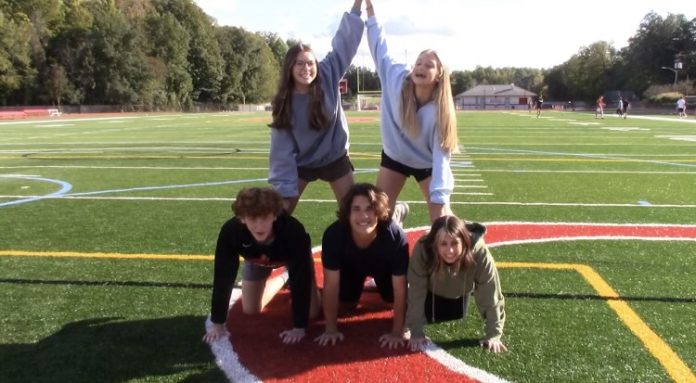 Five slates of candidates are running for sophomore class government for the upcoming school year. Elections will take place during homeroom on Thursday, September, 29th. Get to know Slate 4:

What makes your slate unique?

Our slate is unique because we have a group of people that have many different opinions/ideas to offer. Difference is key for class officers because it makes every student in the sophomore class to feel like they also have a voice.

What are some of your plans for the school year?

Some of our plans for this year include fundraisers to raise money for events such as junior prom next year, karaoke nights, and talent shows! Some of these fundraisers include a car wash, Panera/Chipotle, bake sales, a t shirt designing contest, Krispy Kreme doughnut sales and many more. We want to reward the sophomore class by holding a fun event at the end of the month if we raise a certain amount of money.

Why should people vote for your slate?

People should vote for Slate Four because we value each voice in the sophomore class and want to hear everyone’s ideas. A vote for slate 4 is a vote for the class as a whole, rather than just for the five slate members! We also have many unique and super fun ideas for this year and we promise to make sophomore year a year to remember!

What will be your main goal as sophomore slate officers if you win?

Our goal is to make this year as fun as possible since we are all back to in person learning this year. So we have a ton of cool fundraisers and events planned such as, bake sales, candy grams, food drives, movie nights, karaoke, and many more.

Positively Creative: How creativity impacts us

A Message From 2020 Board Candidate George Gross