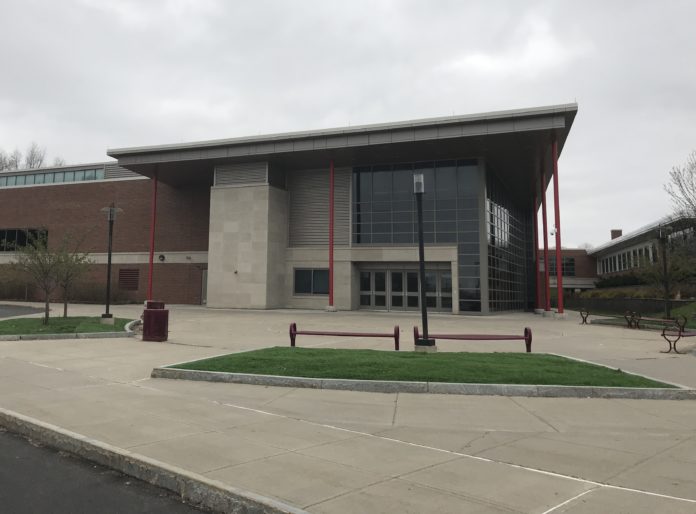 With the school’s construction projects finishing up, Jamesville-DeWitt High School students and staff have a few ideas of their own for the school’s future improvements.

With our auditorium, large group room, and hallways under construction, along with our new cafeterias, J-DHS is on its way to greatness. All of these projects were put into action this summer, but these ideas were confirmed 4 years ago by the school board. With these current projects coming to an end, opportunity presents itself for the students and staff to suggest changes.


I think they made good decisions on what to construct this year, but moving on from the current construction, I think that we could focus on individual classrooms. – Cassie Cappelletti

“I’m really happy with the new bathrooms, I think they made good decisions on what to construct this year, but moving on from the current construction, I think that we could focus on individual classrooms. The majority of the desks are old and beat and messed up,” says sophomore Cassie Cappelletti.

Freshman Kali Leslie thinks the school’s new project should focus on our lockers. “I’ve noticed that the green hall lockers are smaller than the lockers in the red hall. The change in the lockers could increase the percent of students using their lockers,” said Leslie.“

“The school should move the napkins that are in the lunch line to an outside table. They also need to add a trash can on the opposite side of the cafeteria and unlock the bathrooms outside the main gym,” said freshman Anthony Cawley.

Multiple students have mentioned the improvement of the schools sports equipment, including freshman Emily Gorczynski who said, “Loss of volleyball equipment is out of date, the nets are ripped and the poles are uneven.”

Students also hope to possibly see changes in the school’s schedule. “I’d like if the buses could get to school later, and come at 7 or 7:30.  I would also like if we could make school start later in the morning so all students can get some more sleep,” said sophomore Lucas Bort.


“I’ve noticed that the green hall lockers are smaller than the lockers in the red hall. The change in the lockers could increase the percent of students using their lockers.” -Kali Leslie

Teachers at J-DHS also have some ideas of their own. “I would love a better heating system in the blue hallway. I see students wearing coats in class and they are still cold.  And possibly air conditioning system in the summer for the school, so we aren’t melting,” said global history teacher Meghan Mcgee. Physical Education teacher Jeff Ike would like to see improvement in the school’s auxiliary gym locker rooms. Science teacher Charles May has a future plan for the schools technology. “I would like to see the school set up a electronic infrastructure project. That way it will be easier to get online, Youtube isn’t locked, and you could livestream the morning announcements,” said May.

This year many changes and improvements have come about throughout J-DHS. With all these changes the outlook for our school improves everyday.