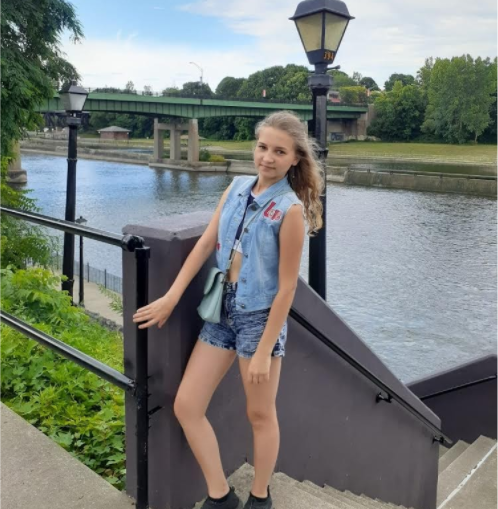 Dalia Timonina is a Russian junior at Jamesville-Dewitt High School. In Russia she loved to dance. Her parents wished to immigrate to the United States. Timonina came to the United States with her older brother and parents. Her reasoning: “We chose the U.S because, there are very good people here, and we can achieve our goals here. It was our dream.”

The hardest part of leaving for Timonina was saying goodbye to her relatives and friends whom she greatly misses. According to Timonina, the most surprising aspect of the United States was the people, “because here there are such kind people, no matter who you are, but all people will respect you here.”

Since moving here, Timonina has found strength through Ms.Wisnieski, Timonina explains, “Ms.W helped me a lot when I arrived in this country, and continues to help me in everything now. Honestly, only thanks to her I began to speak English and achieve what I want.” Speaking English was a challenge for Timonina, as for many new immigrants in America. Her greatest source of joy has also been Ms. W and meeting new friends. Timonina says, “After I moved, I understood a lot of things, and I began to achieve my goals more.” Timonina hopes to be able to communicate successfully in English, attend college, and work in a job she enjoys in the future. She wants more people to know who she really is and that she’s also a dancer.

New Year’s Day is the most widely observed holiday in Russia. She would advise anyone visiting Russia to go to Moscow or St. Petersburg. The majority of the parades take place in Moscow’s Red Square, which is also where the president speaks, this is something Russia is recognized for. Timonina enjoys all of the foods from her homeland, and her Russian greeting is “Privet!”

Then and Now: Freshman to Senior Year