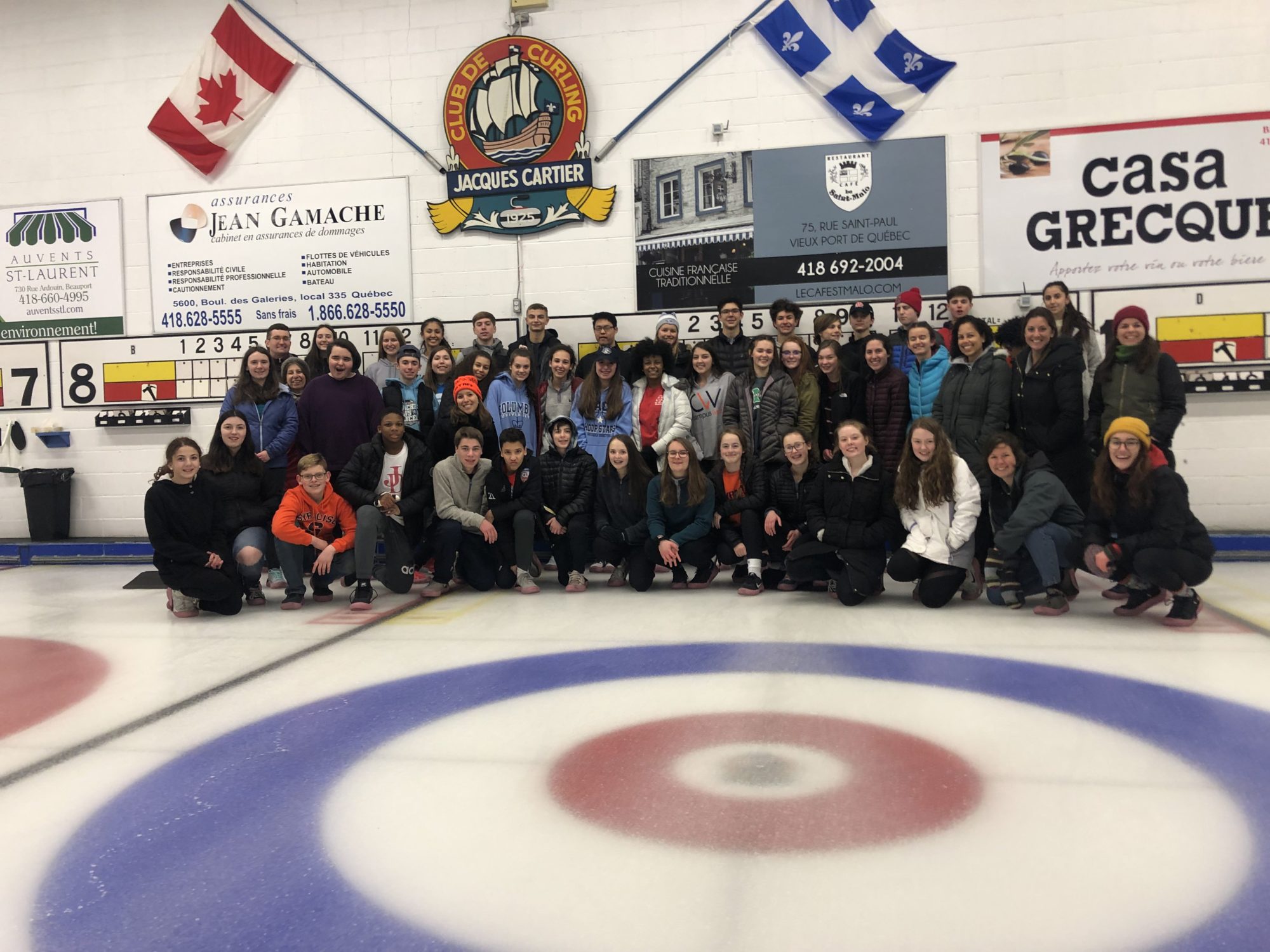 “The Quebec trip was super fun and it is one of my favorite parts of the year.” —Skylar Hardt, ’20

Eighty two students in the French Club at Jamesville-DeWitt High School traveled to Quebec City, Quebec on Mar. 29-31 this spring. They went to practice their language skills and soak in the French-speaking culture.

On the first day, the students participated in curling and a French improv game show. For dinner they ate a traditional Quebecois meal of poutine — French fries topped with cheese curds and soaked in steaming hot gravy.

“I have gone every year since my freshman year and it’s always a good time with my friends.”

The next day, they participated in a educational tour of the city, which included the history of Quebec City. The students visited Montmorency Falls, the largest falls in the province of Quebec.

“Curling was a great experience! Something I would never get to do if I didn’t go to Quebec!” –Nolen Brann

On the last day, students competed in a grocery store scavenger hunt where they tried to find the names of many foods in French. The last main attraction on the itinerary was the aquarium. The students took a mad dash to get food in their stomachs and souvenirs in their bags before they waved goodbye to Quebec City.

Overall it was a fun experience in a different country speaking French. Next year they will travel to Montreal!

“I loved the aquarium, the poutine was spectacular and the waterfall was unforgettable.”