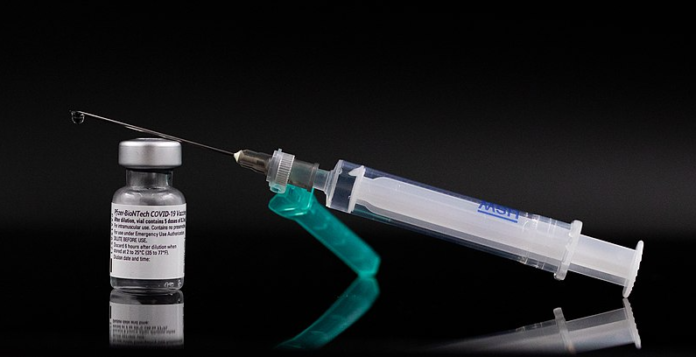 On Wednesday, September 22, the Food and Drug Administration (FDA) authorized vaccine booster doses for Americans aged 65 and older or in jobs that put them at high risk for COVID-19, as well as younger adults with underlying health conditions. The World Health Organization (WHO) has come out against widespread boosters. WHO Director-General Tedros Adhanom Ghebreyesus states, “Because manufacturers have prioritized or been legally obliged to fulfill bilateral deals with rich countries willing to pay top dollar, low-income countries have been deprived of the tools to protect their people.” The United States joins countries such as Germany, France, Israel, and Great Britain as wealthy countries with vaccination rates of over 50 percent that have approved of the third shots.

The immune responses of approximately 200 participants, ages 18-55, who have received a single booster dose approximately six months after their second dose, were assessed. In the same people, the antibody response against the SARS-CoV-2 virus one month after a booster dose of the vaccine was compared to the response one month after the two-dose series, demonstrating a booster response. Additionally, analysis conducted by the manufacturer of Pfizer compared the rates of COVID-19 spread during the Delta variant surge with original clinical trial participants who completed the two-dose vaccination series early in the trial. They compared the original trial participants to those who completed the two-dose series later. The assessment showed that during the study period of July and August 2021, the COVID-19 rate was higher among participants who got their vaccine series earlier, compared to those who completed the series later.

An additional study was conducted and evaluated in 306 participants ages 18-55 and 12 participants ages 65 and older who were followed for over two months. The most common side effects reported were pain, redness, and swelling at the injection site, as well as headaches, fatigue, chills, and muscle or joint pain.

Due to the lack of protection that the initial vaccine now provides, doctors state that patients have shown interest in the third booster shot for weeks. Those who received Pfizer’s COVID-19 vaccine at least six months ago are now eligible for the booster shot after the Centers for Disease Control and Prevention (CDC) gave final approval to third doses for the three previously mentioned groups.

The CDC suggests that those 50 and older with an underlying medical condition get a booster. The panel has offered the booster to those ages 18-49 who have chronic health issues, although there is little evidence that those who are younger are at risk of waning immunity.

Pfizer-BioNTech Vaccine Approved for Adolescents Aged 12 to 15 Based on...