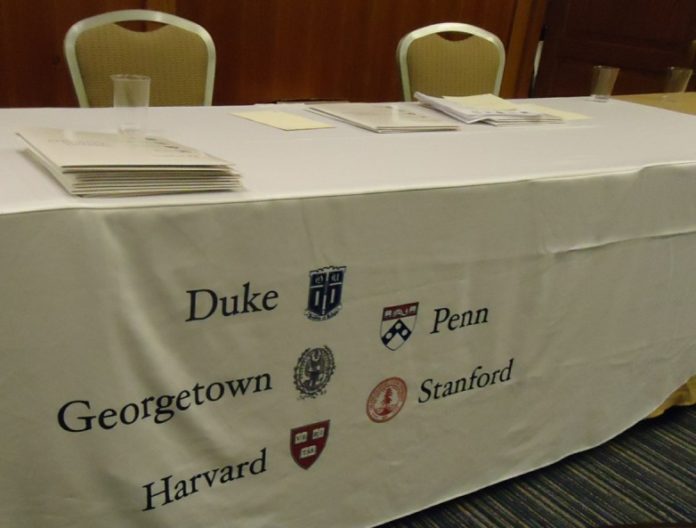 Each year, hundreds of thousands of high school seniors looking to continue their education at a higher level anxiously push through the college admissions process. This process has been increasingly criticized for many reasons, including its inconsistency, selectivity, discrimination —and recently its early admissions plan.

Admission rates of early applicants tend to be much higher than those of regular applicants who may still be deciding where they want to attend higher education. Some of the most highly-regarded universities pull more than 40% of their incoming freshman class from these early applications. Those accepted in early admissions are typically more committed to the school, from which the school incorrectly assumes that the student is willing to pay full price. This can cost upwards of $60,000 each year for top universities. Students from low-income and middle-income households, who are largely from minority groups, cannot afford these prices and instead are encouraged to compare financial packages from multiple schools, discouraging them from participating in the early admissions process.

The quality of schooling among minority groups that remain clustered in cities as a result of economic and cultural factors is typically much different from that of private schools. As some minority students continue their careers instead of attending a university, counselors in public city schools deal with fewer students looking at higher education. Consequently, they do not have as much knowledge or advice to offer students. This puts minority students at a disadvantage to private school students with counselors who know the college system and can assemble the necessary test scores and references by the November deadline.

Many acknowledge early admissions as a tactic for colleges to increase their national ranking. By viewing applicants with various academic profiles, schools can pick and choose which students will benefit from their statistics so that they appear as a more prestigious and desired university. Grades coming from public city schools reflect a very different rigor than those of private schools and therefore are often disregarded in favor of test scores. However, because of financial and familial responsibilities, minority students who attend these schools are generally unable to dedicate as much time to schoolwork, much fewer test scores, and therefore have to work harder to achieve these sought-after statistics. The early admissions process is a game for schools that do not consider the person behind the application. “Everybody likes to be loved, and we’re no exception. Everybody likes to see a sign of commitment, and it helps in the selection process,” said Lee Stetson, dean of admissions at the University of Pennsylvania. The college admissions process is already challenging enough, and early admissions only further contribute to unnecessary stress placed on defenseless underprivileged students.

Graffiti: A Purpose to Write

President Biden Should Not Release Oil From the U.S. Reserves