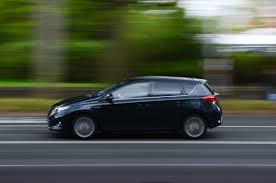 Most Jamesville-DeWitt High School students wake up early to catch the bus. However, other students don’t have to be up until 7:00 to hop in their car. How are they able to drive themselves here and avoid getting up early? The answer is driver’s licenses.

To earn the freedom they have today, students over the age of 16 have to take a driver’s test. Many of them have failed their first try but eventually passed. “I was very scared to start driving and I was terrible at the beginning, it took lots of practice,” said Senior Abby Palin.

Palin began driving when she was 16 and took her driver’s test when she was 17. She failed her test the first time because she almost ran into oncoming traffic. The next time she took it, she was able to pass. Her advice for underclassmen who are starting off driving is “Listen to your parents, they know what they are talking about, they have experience, and don’t freak out, you will be fine,” says Palin.

Some students have only failed their test once, while some have failed multiple times. Junior Eva Wisniewski began driving this year and failed twice before eventually passing. The first time she failed, she felt that she was not properly graded. She failed the second time for driving onto the curb. Her advice for underclassmen is to “Take your time and learn everything before you take your test. Just because you can take it doesn’t mean you should,” explained Wisniewski.

J-D Sounds Off on the Great Debates of Fast Food