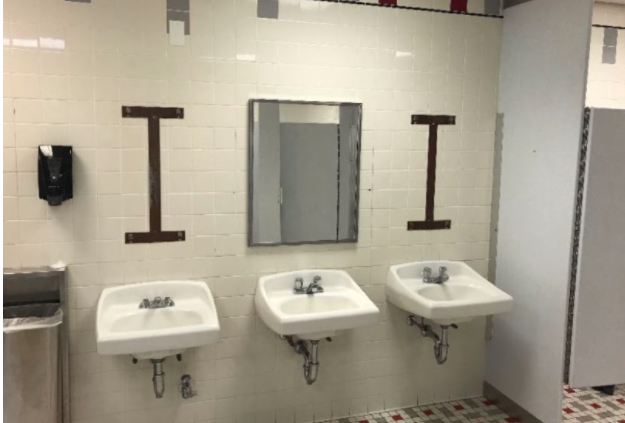 The “Devious Lick” TikTok trend has set schools around the world into mayhem, prompting vandalism and theft throughout district buildings. This “Devious Lick” trend includes stealing an object from school, taking it home, and posting a video of removing the item from the backpack. Although some find these videos amusing, others find them pointless and even infuriating.

The first instance of this trend took place when a TikTok user posted a video stealing disposable masks from their school with the caption “a month into school absolutely devious lick.” Since then, the trend has exploded, taking over the for-you pages of many users’ applications.

With hundreds of students active on TikTok, Jamesville-DeWitt High School has not been spared from this trend. The widespread accessibility of TikTok makes it easy for TikTok creators to emerge as highly influential figures, especially among developing high school students. Some items that were reported to be stolen or damaged in our own district include soap dispensers, paper towels, bathroom wall mirrors, and even multiple of the fitness center’s dumbbells.

This current wave of vandalism and theft has served as a source of disruption to student’s and staff’s educational and extracurricular experience. “We have had a few incidents where we found damage to some of the bathrooms in the building. This has resulted in closure of some bathrooms at times, which is an unfortunate inconvenience for students and staff. We take pride in our facilities and it is important that they are clean and in good repair/working order,” says Assistant Principal David Nylen.

Although bathrooms are now reopened, students and staff are still being affected by the trend’s consequences. “It’s so frustrating. I can’t wash my hands in half of the bathrooms and only one sink works in each of them,” said senior Nick Dekaney.

Students that are discovered to have taken part in these actions have been punished accordingly. “Consequences for vandalism per our code of conduct may include detentions, suspensions, notification of law enforcement and financial restitution based on the extent of the damage and/or disruption to the building,” said Nylen.

Israel-Palestine Conflict – No End in Sight Despite Ceasefire