The Jamesville-DeWitt boys soccer team took on Skaneateles in a home matchup this Tuesday night. J-D, who reached the Class A state semifinals last year, would have the challenge of facing the reigning Class B state champions.

In a game that featured two of the more aggressive, high-powered defenses in Section 3, it was no wonder the offenses struggled in the 1-1 tie between the Red Rams and the Lakers. Except for the lone goal scored by each side, the goalies were able to shut down every shot that came at them.

Skaneateles held possession of the ball for a large majority of the first half. They peppered the J-D goal with shots, but goalie Sam Allen held them off several times. He had four saves in a five minute stretch where the ball never left Red Ram territory. The last save was a diving tip that just pushed the ball over the crossbar. On the ensuing corner kick, the Lakers finally broke through the Jamesville-DeWitt defense and scored.

After Skaneateles took a 1-0 lead, the ball went back and forth for the rest of the half with no other goals. The Lakers had a shot on an open net with ten minutes left in the half, but couldn’t capitalize on the opportunity.

In the second half, the time of possession split was more even. Lots of shots came on both sides of the field, but no close calls until only 15 minutes remained in the game. A Skaneateles forward had a breakaway towards the goal, but Allen from J-D was able to dive on it just in time. J-D then pushed the ball down the field, and junior Max Maccaull sent it to the back of the net to tie the game.

The Red Rams offense was reinvigorated from their goal, and started to play more aggressively. With under a minute remaining, they were awarded a free kick about 30 yards out from the goal. They got a foot on the ball, but it was deflected and cleared quickly by the Lakers.

With the teams still tied as the horn signaled the end of regulation, the game was heading into overtime. Two ten-minute overtime periods would be played. Each team got a few shots on goal, but in the end, neither team could score again. The result was an intense, hard-fought draw.

Jamesville-DeWitt’s next contest is an away game versus Central Square this Friday, where they will look to get back in the win column. 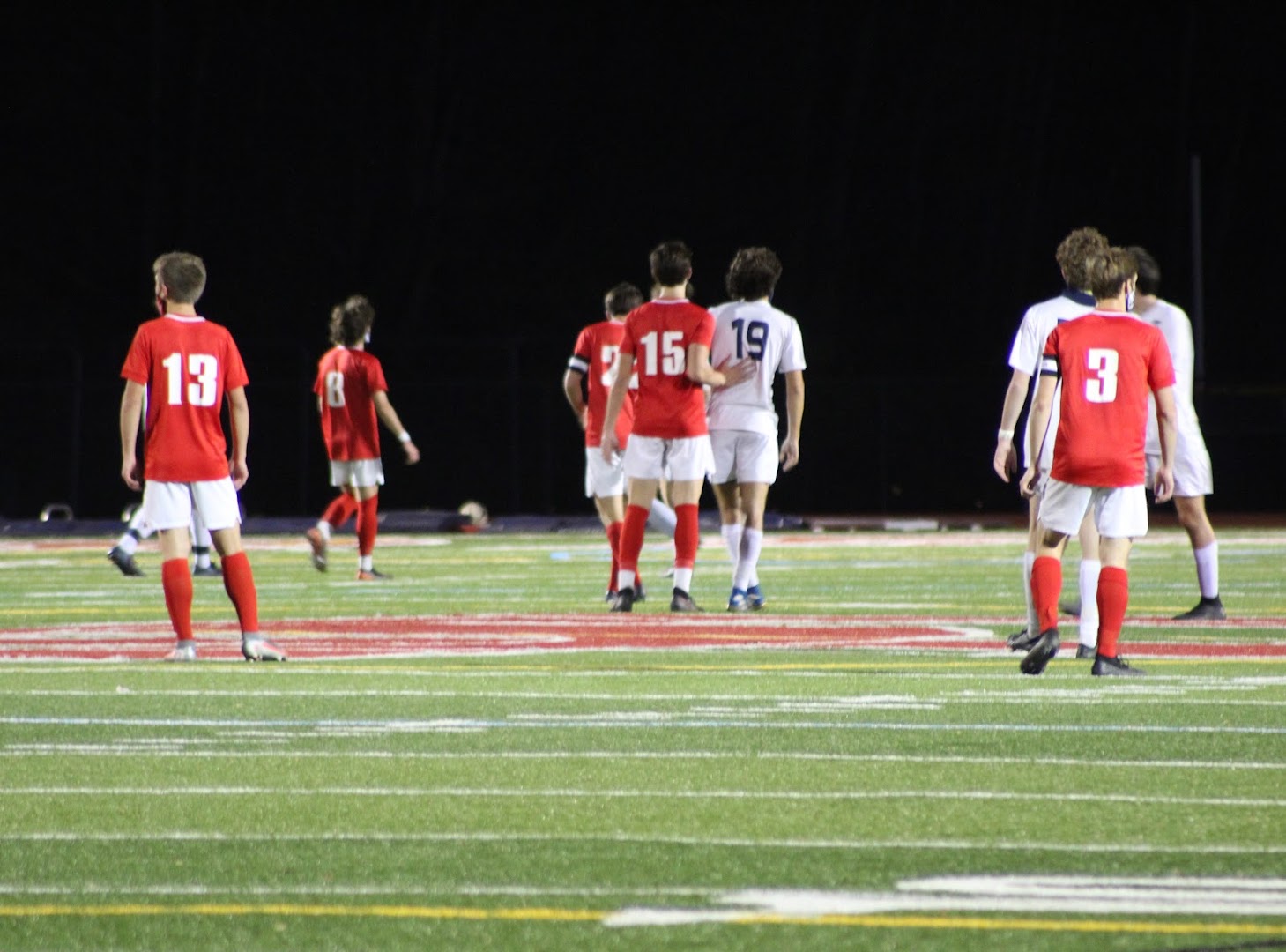 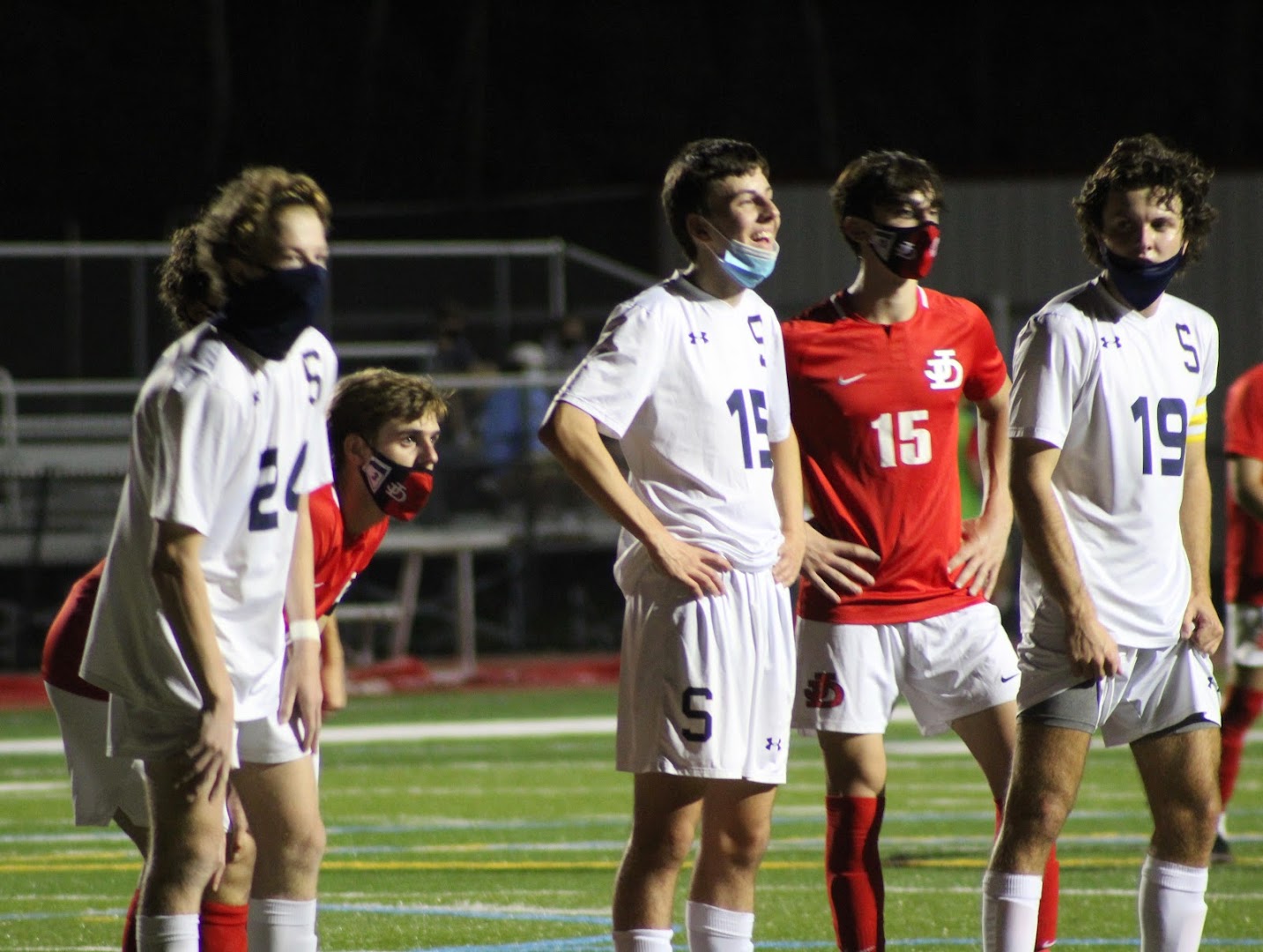 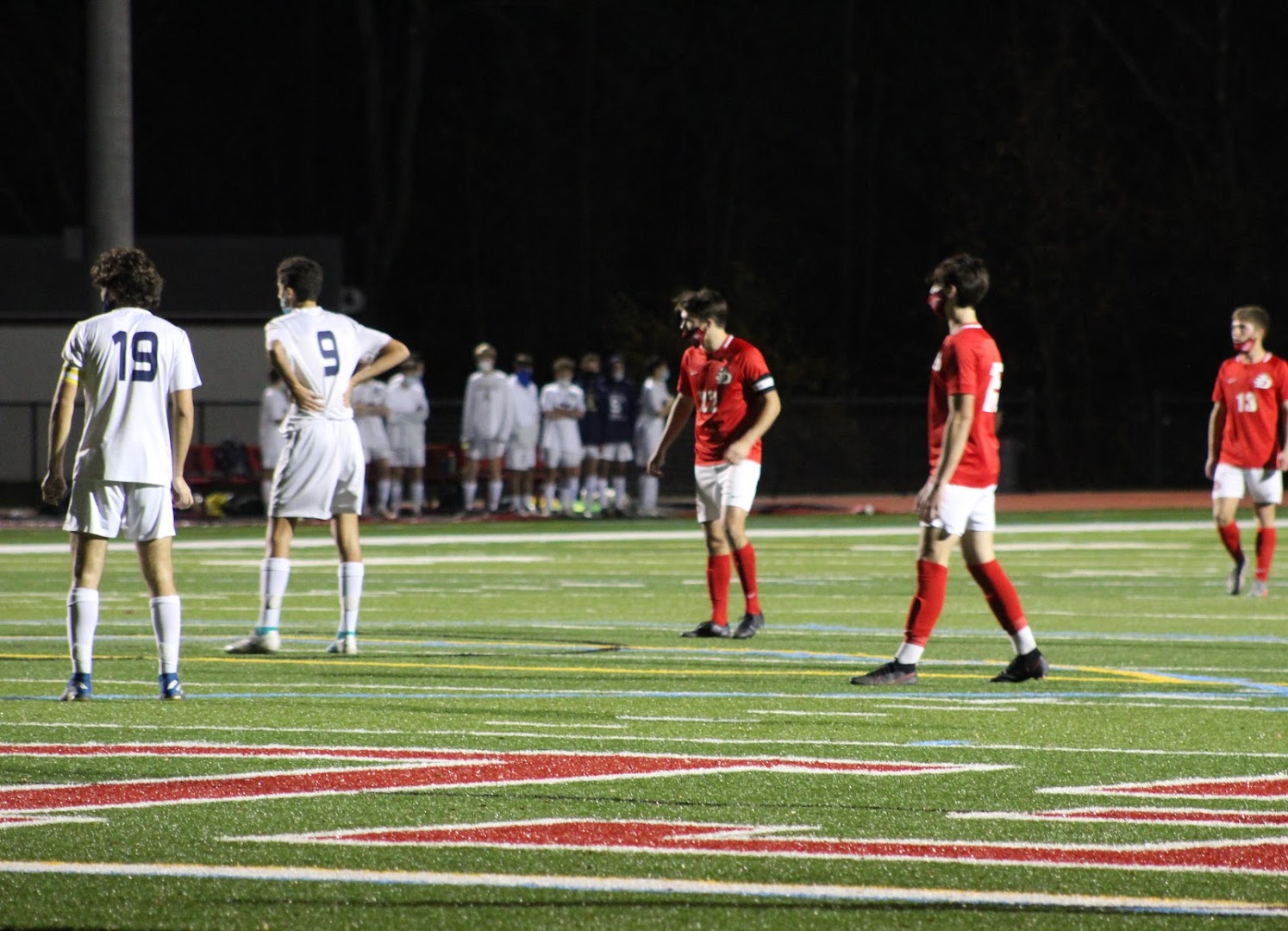 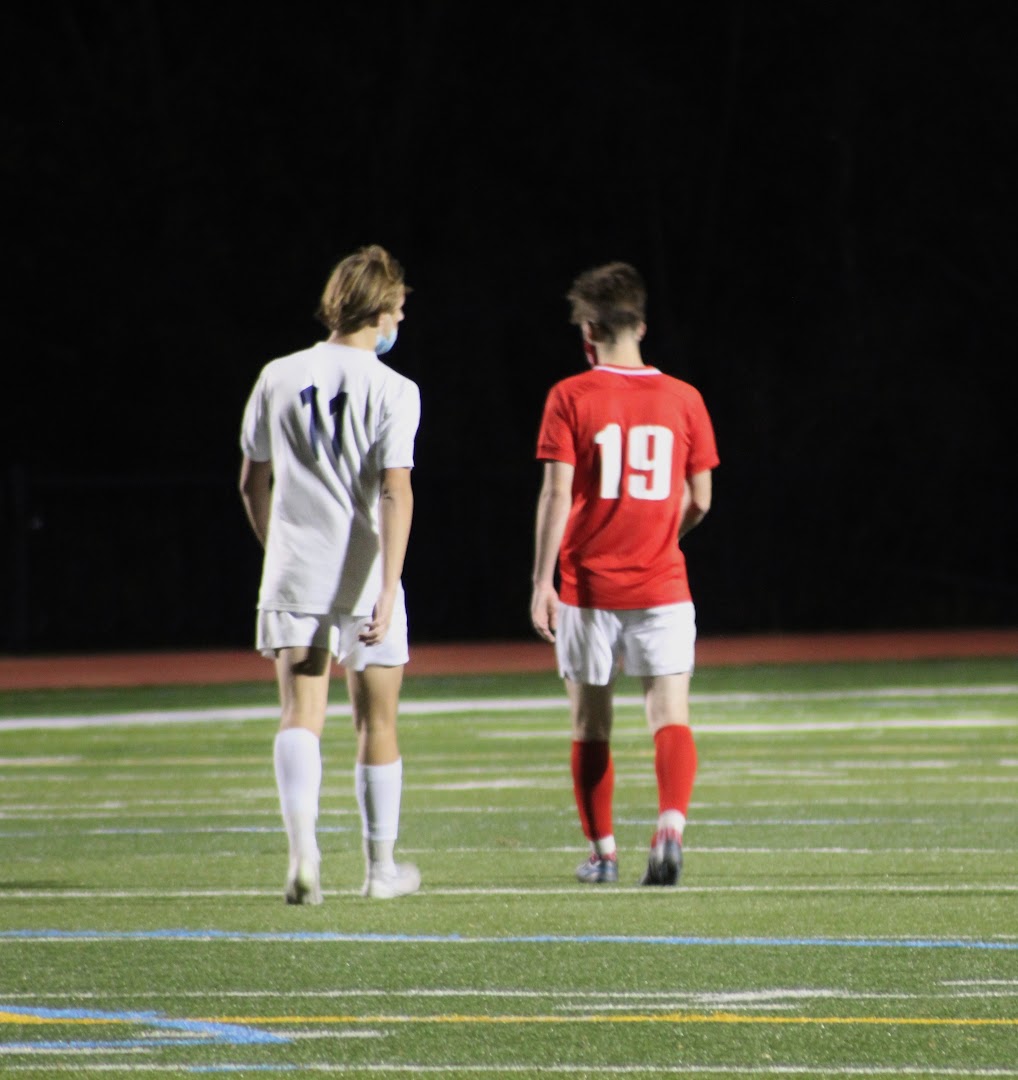 All photos by Cleo Shiomos, ’22