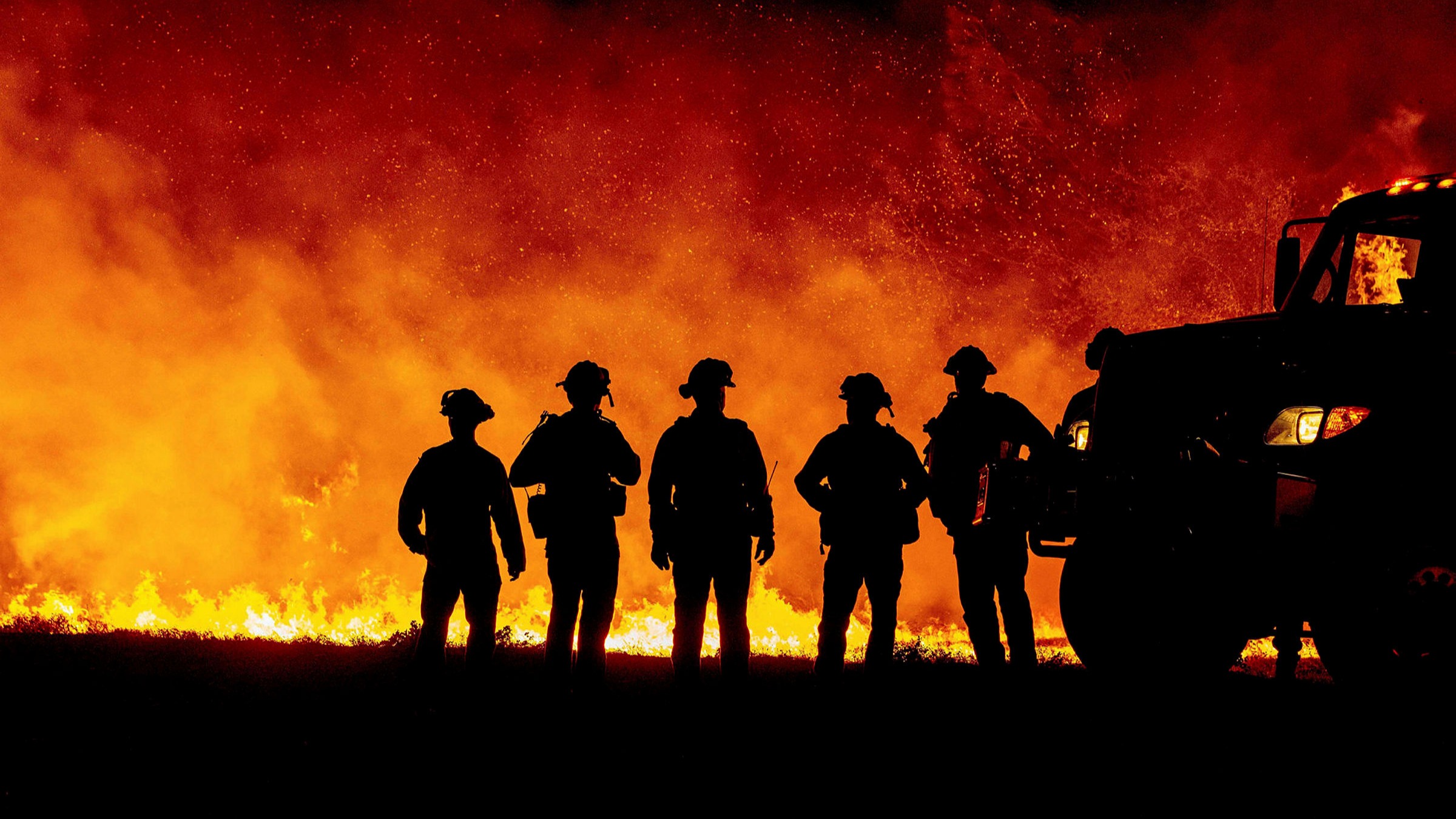 Record breaking wildfires across 12 Western states have burned more than 4.3 million acres, roughly the size of New Jersey, according to the National Interagency Fire Center. California, Oregon and Washington face the brunt of these wildfires, with 15 dead and state leaders preparing for a mass fatality incident.

The August Complex fire in Northern California, is now considered the biggest in the state’s recorded history, according to Cal Fire. It has consumed 471,185 acres and has only been 24% contained since it was sparked by a lightning storm on August 17. Six of the 20 largest wildfires in modern California history have occurred this year, making it the worst fire season in the states history. “We’re in a CLIMATE CRISIS. And what we’re experiencing in California is coming to every community — all across the United States of America — unless we get our act together on climate change,” said California Governor Gavin Newsom.

In Oregon, 1 million acres of land, roughly 1,500 square miles, have been burned across the state, causing the state’s air quality to rank the worst in the world. “We have never seen this amount of uncontained fire across our state. Currently there are fires burning more than 900,000 acres. To put that into perspective, over the last 10 years, an average of 500,000 acres burn in an entire year. We’ve seen nearly double that in 3 days,” says Oregon Governor Kate Brown. Mass evacuations are taking place with more than 40,000 Oregonians having been evacuated. Approximately 500,000 Oregonians are currently in evacuation zones at a level 1, 2 or 3 evacuation alert.

“We’re in a CLIMATE CRISIS. And what we’re experiencing in California is coming to every community — all across the United States of America”

Political fear stoking has led to various complications throughout the outer areas of Portland, Oregon as rumors spread that “radical left wing mobs” were descending on towns and neighborhoods that had been evacuated. These rumors have led some residents to remain at their homes in order to protect their homes and property. Douglas County Sheriff’s Office tweeted, “Rumors spread just like wildfire and now our 9-1-1 dispatchers and professional staff are being overrun with requests for information and inquiries on an UNTRUE rumor that 6 Antifa members have been arrested for setting fires in DOUGLAS COUNTY, OREGON. THIS IS NOT TRUE! Unfortunately, people are spreading this rumor and it is causing problems. Do your part, STOP. SPREADING. RUMORS!”

In the coming days, hundreds of thousands of acres are expected to burn, forcing many more thousands of people to flee their homes and communities. However, some officials anticipate that these fires will begin to be contained by fire crews, who will be aided by changing weather patterns. Governor Brown says, “The good news is that the weather system fueling these fires over the past days has finally broken down. We anticipate cooler air and moisture coming in the next few days.”