RamPage
Home News COVID Vaccines: When, Where, and How Can You Get One? 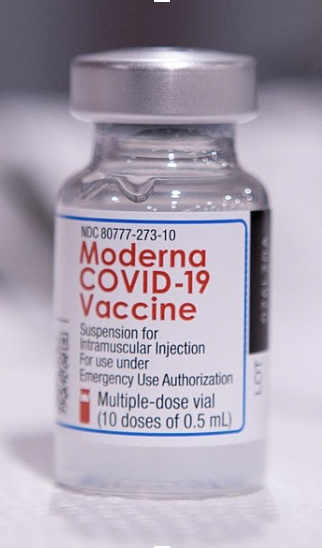 In August 2020, the Trump administration reached a deal with Moderna, the biotechnology company behind the second COVID-19 vaccine to roll out in the United States.  In the deal, the U.S. agreed to buy 100 million doses of the vaccine upon its release.  The U.S., Canada, Israel, and now the countries of the European Union (EU) are among the first to approve and distribute the vaccine.  Unlike other vaccines, the coronavirus vaccines don’t actually contain the virus, and instead have a piece of messenger RNA (mRNA).  The mRNA trains the immune system to recognize the virus if it ever were to enter the body.  The Pfizer vaccine has been deemed suitable for persons aged 16 and over, while the Moderna vaccine is suitable for persons aged 18 and older.  The vaccines are currently being tested on younger people, but they have yet to be approved.

First to get these vaccines are the elderly, nursing home staff, and hospital workers dealing with COVID patients.  The vaccines are currently administered by employers such as hospitals, for the most part.  Many speculate the general public will be able to get the vaccine in the late spring to early summer of this year.  Next to get the vaccines are essential workers, such as teachers and other hospital staff, followed by people with underlying medical conditions.  Once the vaccine is available to the broader public, it will be available where one typically receives vaccinations; hospitals, pharmacies, clinics, and urgent care facilities.  Pop-up vaccination locations are also beginning to become available.  In the United States, the coronavirus vaccines are currently free of charge.

After receiving the vaccine, it is advised to remain vigilant by continuing to practice precautions like wearing masks, social distancing, and washing hands, as well as not gathering in groups.  The human body needs time to build immunity against the virus, and this can take up to a few weeks.  Additionally, it is unknown whether the virus can be transmitted to others via vaccinated persons.  Research is still being conducted regarding the length of time the vaccines offer protection against COVID-19.

Though there are still new strains making their rounds, Dr. Stuart Ray of Johns Hopkins Medicine says, “There is no evidence at this point that immune responses driven by current vaccines would not work against this new strain.”  He also states that these new strains are not worse than the already known strain, only that they spread more quickly.

The U.S. makes up about a quarter of the confirmed COVID cases and deaths in the world, even though it only makes up 4% of the world’s population.  Though this is just an estimate, real numbers are thought to be higher due to insufficient testing.  The United States has been the hardest hit country in the world, with over 21 million cases and over 350,000 deaths.  On November 4, 2020, for example, the U.S. reported about 100,000 new cases.  Even with these numbers, it seems there is some hope for things to return to normal thanks to the release of the Pfizer and Moderna vaccines.  The government continues to advise that citizens stay home and follow guidelines given by the state, in an effort to lower the number of cases.  Other countries have taken strict measures, and they are currently faring better than the United States.

Three J-D Juniors Campaign for Student Board Representative for 2021-2022 School...