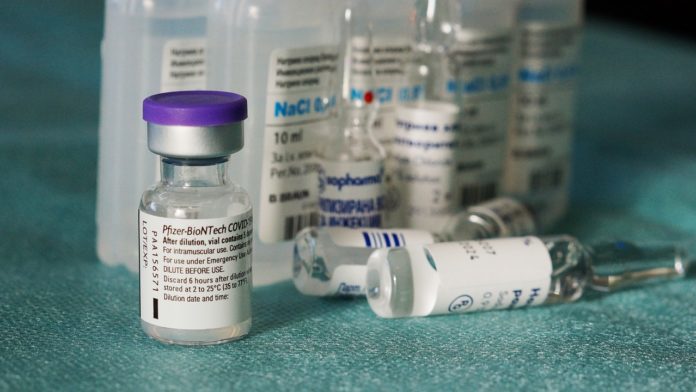 COVID-19 vaccinations first became widely available to non-essential workers this past winter, allowing anyone who desired to get the vaccine the opportunity. Since then, impressive scientific development has taken place concerning COVID-19, regarding both the vaccine and the disease itself. On August 23rd, the Pfizer-BioNTech vaccine became the first brand to be approved by the U.S. Food and Drug Administration (FDA) for all those eligible, specifically anyone 12 years of age and older. With progress made in the vaccine, the disease itself mutated to form many new variants, including the infamous Delta variant.

COVID-19 case numbers have reflected the reduced protection that occurs with the Delta variant. The Delta variant has proved to be a challenge for many public health experts, seeing as it has even infected people who have received their full vaccine. Because of this, the U.S. Department of Health and Human Services (HHS) has speculated the need for a booster shot so that vaccinated people maintain immunity over the coming months.

Dr. Anthony Fauci, M.D., Director of National Institute of Allergy and Infectious Diseases (NIAID), says that Pfizer booster shots may be available as soon as September 20th. Moderna will most likely follow that date because it has not yet been approved by the FDA. With this plan underway, the government has recommended that all Americans should receive a third dose of their Pfizer or Moderna vaccine approximately eight months after their second dose. The extent of this recommendation will be entirely determined by FDA ruling that booster shots are safe and effective, which is expected to be decided in these next few weeks.

The booster shot that will be offered to protect against COVID-19 can be tailored to target particular variants of the virus, such as the Delta variant. This mutation that must take place is much easier to change in Pfizer and Moderna vaccines, which use mRNA technology. Once developed, these booster shots will be able to be quickly produced at large scale, and then distributed to all those in need of their third dose.

Booster shots will be administered in the same chronological order that first and second shots were given. This means that the first to receive boosters will be healthcare providers, essential workers, residents of long-term care facilities, and other immunocompromised adults, while those who were vaccinated after them will follow.

Many who are questioning the need of booster shots over these next few months. “People get confused—or they think something is wrong—when guidance changes with COVID-19, but we have to remember that we are learning about this as we go,” said Albert Shaw, MD, PhD, Yale Medicine infectious diseases expert. In addition, booster shots are not a new thought. Since the vaccines were first introduced last winter, scientists have acknowledged that boosters may someday be needed. Someday has simply turned into the present moment.