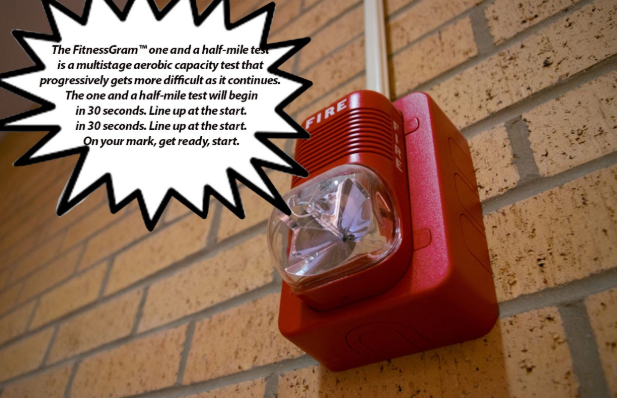 As most students know, JDHS has been having a lot of problems with fire alarms lately. As a noble reporter, I knew there was truth not being told and had to investigate. As I was doing some surface-level research, I stumbled upon the Common Core website. Below all the DASA and strenuous math classes, I got to the P.E section.

In this area, there was a large list depicting what students would have to do to stay healthy in the eyes of the state. One of these was the pacer, which had a large cross over it, and next to it was the mile and a half. I thought to myself: “This must be new.” After doing a bit of research on the topic, it was revealed that the mile had been reformed to the mile and a half. Schools could either do this in one large session, or split it up, and it looks like JD chose to split it up.

One example of this was on January 31st at approximately 6:20 pm. Students diligently working on the school’s musical, Guys and Dolls, had to evacuate. Or another example on May 23rd, 2019 at approximately 1:45 pm, the alarms sounded, forcing students out of the building. Along with many other cases of similar types, the steps these students took added up to half a mile securing the requirements- without having to give up any gym time. While this may not be the most practical way of getting all the students’ mile and half done, you can’t argue with the results. When we asked Mr. Gasparini for an interview about the fire alarms, he claimed it was a “faulty sensor”, then retreated to his office. When we tried to further on that point, he would not take our questions.