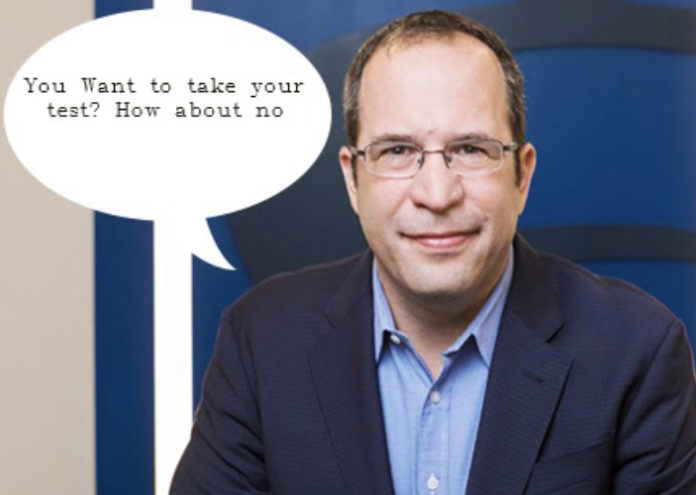 Starting on May 11th 2020, high school students took their AP exams. However, due to the coronavirus, these exams could not be taken in the traditional way. Instead of a long type of test with many questions, this year one or two questions decide your fate. The College Board has recognised the stress caused by this and have predicted kids will try to cheat during the test. This will obviously not do. To make sure academic integrity is preserved, kids were forced to sign in 28 hours before the exam to prove they are not a robot and understand all the rules of the exam.

Hours one through six consisted of anti-plagiarism documents and tests. Here you were forced to write a seven paragraph argumentative essay about why the College Board was the best thing that has ever happened to education and how they deserve the $90+ you spent on your exams. On top of this, your data was taken so the College Board can see your words per minute to verify if the essay/work you submit will match the number of words they estimate you to write. Although most students finished this in 3-4 hours, they were still forced to wait the extra couple hours before they were allowed to move on to the next part of pretesting.

Hours seven through ten consisted of an anaerobic workout for all students. How they saw it was that no student could last three hours doing extremely hard physical work. To be eligible to do this pretest you had to have opened your one College Board email from early November to find the link to the heart rate monitor that was required (which was an extra $45). If you did not have this with you, your test was voided and you will have to retake. College Board also voided the tests of the kids who completed this workout because no human could possibly do it, and that makes them a robot. After this was a six minute period in which kids could wake up from when they passed out.

Hours eleven to twenty were strictly “I am not a robot” tests. There were approximately thirty tests to do per student and some were easier than others. Students had to pick the yams from the sweet potatoes and all the mandarins from the oranges, but there were also easy ones like picking out the mitochondrias and the quadratic formula. If you failed one of these tests, an alert got sent to the College Board and then they watched you take your test through your webcam. However, if you messed up two or more, your test was voided and you have to take the make up. Also, if you got none wrong, that triggers suspicion resulting in someone watching you take your test through your webcam.

If you were lucky, you made it to the final part of pre testing. Hours twenty-one to twenty-eight are known as the Twilight Zone by the Board itself. Here one would undergo a rigorous amount of mental challenges to prove they were capable of taking the test. I did not make it here and the ones that did are too traumatized to talk about what occurred. We can only imagine what went on in there.

If you managed to pass all the tests and keep your sanity, you were able to access the test. Juniors in APUSH were flaming as they spent an entire year learning just to get a question on causes of revolution and sophomores were stoked when they got an easy question about the Columbian exchange. However, prompts were random and some were extremely harder than others, I cannot go into much more detail because I was forced to sign an NDA and six other legal documents in stage one of pretesting.

AP physics students underwent their test and thought they were doing good, until the College Board decided they didn’t want to grade the tests anymore. I unfortunately could not get an interview, but I was told that there was not enough time to grade tests this year so they closed down their servers and didn’t allow students to submit. A public statement by David Coleman (CEO of college board) read, “It was their fault to trust us. After all, it’s a global pandemic, cut us some slack. We need your money to help with the impending lawsuits anyway.”

Overall, it seems as though 90% or more of students’ tests were either voided, destroyed or not collected. This left a mere 10% of students eligible to get college credit.

Digby Thanoscar - June 17, 2019 0
An eye. Yeah, you heard me. An eye watching your every move, scanning your face, stealing your identity to sell to Russia.