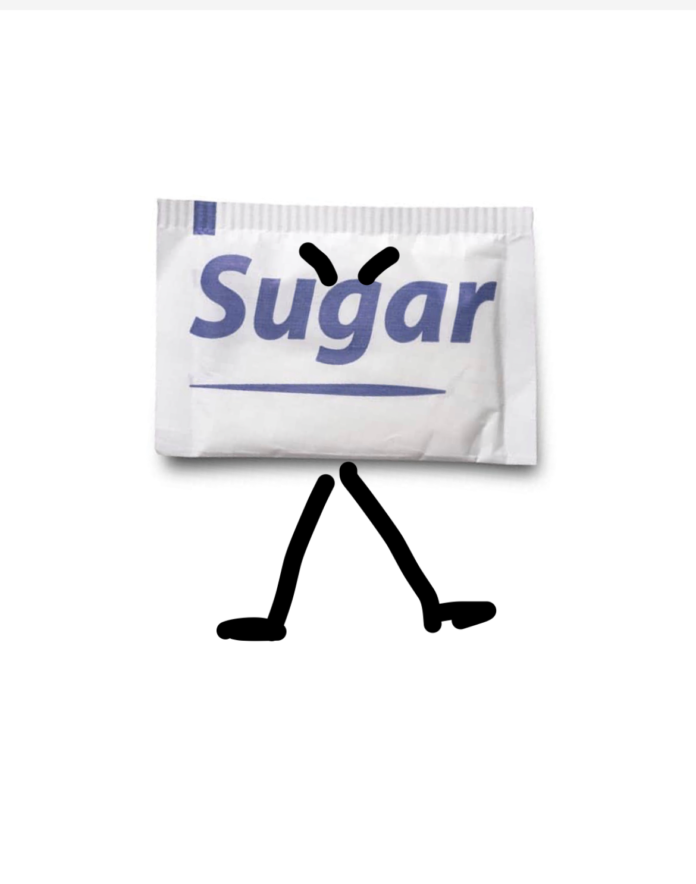 In recent news, many states, including New York, have passed a law that allows citizens to purchase and carry sugar packets with them wherever they go. There are some exceptions to these laws on where you cannot bring them, including hospitals and yoga studios. Many are outraged by the issues being caused by those that cannot properly handle the sugar packets. Others are upset the sugar packets are getting a bad name from those who don’t know how to use them.

The following are multiple instances in our Jamesville-DeWitt community where sugar packets are causing notable issues.

One of the main issues being reported is people getting sugar in their eyes and going blind to the color green. Scientists are working day and night to figure out what in the sugar crystals causes a reaction that makes the human eyes not recognize the color green anymore. Recently, we had an instance of sugar packet blinding during the AP U.S. History exam administered just days ago. One student had stored sugar packets under their chair before the exam and during the short break students got between the multiple choice and essay section, they attacked.

The situation is still being investigated, but an eyewitness account tells YamPage, “It was the highlight of my day, truly. This kid whipped sugar packets out of their pocket pre-opened and launched them at one of the test administrators. The administrator started meowing and then stated they couldn’t see green. It was hilarious.” And while we’re not sure why the administrator started meowing, we do have another eye witness that quotes the victim. They claim she started whispering all the colors of the rainbow and then asked why the dress she was wearing had turned gray. The eyewitness says she was wearing a green dress.

Another issue that occurred at a local dollar store was a woman being sugar packeted and developing an odd rash. The woman (who has asked to remain anonymous) tells us, “I was just looking at the dish soap, as someone does on a Wednesday afternoon, and then chose my soap and went to check out. I started asking the cashier about the coupons and a possible senior discount and you’ll never guess what happened! The cashier started launching sugar packets at me. I could’ve sworn there were dozens of them!” The woman soon after developed a full body rash similar to eczema. Her doctor can’t fully explain why she’s having this reaction to the sugar, but she’s flying to Belgium later this week to participate in a sugar packet rash medical trial sponsored by the CDC.

The last significant issue occurring is local coffee shops, like Dunkin’ Donuts, which are running out of sugar. With so many people now carrying sugar packets everywhere they go, sugar packet factories are having trouble keeping up with the demand. Dunkin’ has started selling sugar free donuts and customers are not happy. Local Dunkin’ Donuts manager Marge Creme reports to YamPage. She says, “An elderly man came in the other day requesting a medium hot coffee with 27 sugars, 4 pumps of mocha syrup, 2 pumps of raspberry, and 12 shots of espresso. He also ordered 11 donut holes. I told him we had run out of sugar and we would be giving him sugar free donut holes and we unfortunately couldn’t make his coffee. The man got so upset he went behind the counter, stole donut holes and started launching them at customers in the drive through.” The manager also claimed the man stated, “If I can’t have my sugar, I want other people to feel pain.”

This is an issue that is affecting helpless citizens and one that cannot be ignored. We’ve seen it happen in our very own community countless times. These sugar packet attacks are not only physically harming people, but giving them mental trauma. Dr. Fauci of the CDC is calling it “Sugar Packet PTSD.” We only hope that this situation will improve and there are less people victim to sugar packetting.