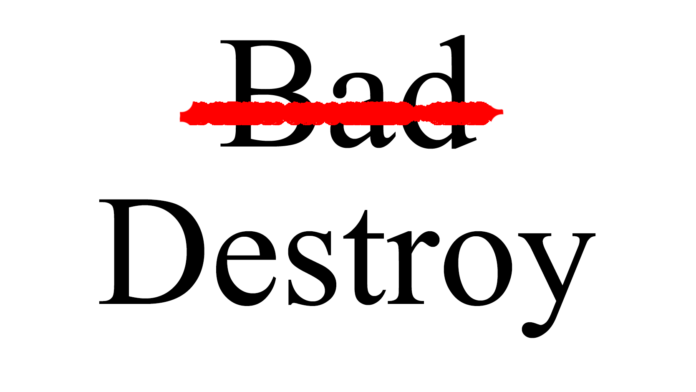 With great polarization and misinformation running rampant in both news and general media, the skill of identifying charged language has become ever-more important. Identifying this type of rhetoric will allow one to become a more conscientious citizen and a better-rounded individual. This article will explore the definition of charged language, why they’re important to identify, how to identify them, and how to appropriately use them in your own writing.

Before I delve into the definition of charged language, I think it’s a more pressing issue to describe why the skill of identifying these words is important. Where one gets their news from shapes their views on current events more than anything else. Mark Twain said a quote that describes this perfectly “If you don’t read the newspaper, you’re uninformed. If you read the newspaper, you’re misinformed.” However, one can do the simple task of identifying biases and then picking out facts to become completely informed of the world around them.

While some may already know about charged words, others may know nothing about them. Charged language are words or phrases used to express an opinion or evoke a certain emotion. Effective use of this rhetorical technique is able to encourage people to agree with the author is arguing. Take the following headlines as an example:

Clover: Meet the Weed that Will Single-Handedly Destroy Your Yards and Gardens

Clover: Meet the Plant You’ll Come To Adore and (Hopefully) Add To Your Garden

Both of these headlines start out the same, however, the tone determined by the charged language greatly melds the reader’s views towards clovers. In the first headline, clover is described as a “Weed” that will “Destroy” your yard and gardens. Because both weed and destroy have a negative connotation in the English language, it elicits a negative reaction for the reader. On the other hand, the second headline uses words like “Adore” and “Add To Your Garden” to do the exact opposite- evoke a positive view about clovers in the reader.

While it may seem difficult to identify charged words, it’s simple as long as one takes the time to follow these steps. First, read a sentence of the document you want to check and see if you feel any emotion while reading it. If you do, try to pinpoint the specific words or short phrases that change the meaning of the sentence. From here, decide if those words or phrases have a positive or negative connotation; this will help you see the bias of the article. However, if you want a foolproof way of knowing if the source is biased, check what it is listed under at allsides.com.

While it may seem like charged words are horrible things that should never be used in the media, there is a specific place for them. In most argumentative and opinionated articles, charged words should be used. After all, these words are used to engage the reader and make your words stick as more than just words in their mind. However, one should not overuse them. Overuse can lead your writing to come off as manipulative, divisive, and overall not reliable (even if the facts are there). Instead, you should use them in the sentences building up to your main thesis to give it an added impact. For example, Clovers are an invasive weed that seeks nothing more than to invade every crevice of your property. These parasitic plants will infect your yard, garden, and even the cracks of your driveway with a near inability to permanently rid. Overall, Clovers are the worst plant to have on any part of your property. As one can see, the final sentence (the thesis) doesn’t have any charged words in it, which in turn, allows the reader to clearly interpret it. However, the main argument in the sentences leading up to it includes charged words. Overall, it is good to use charged words as long as they’re used in moderation and stay in purely argumentative pieces.

Media polarization has made identifying charged words a necessary skill. One must be able to read an article, be able to point out certain words that are meant to get a reaction, and then question if the source is reliable. Although this may take a bit of time to perfect, it is certainly worth it in the long run.

How to Make Nestle Toll House Cookies By: Katie Cappelletti