RamPage
Home Culture Cast and Crew of “No Exodus” To Hold Live Talkback on June... 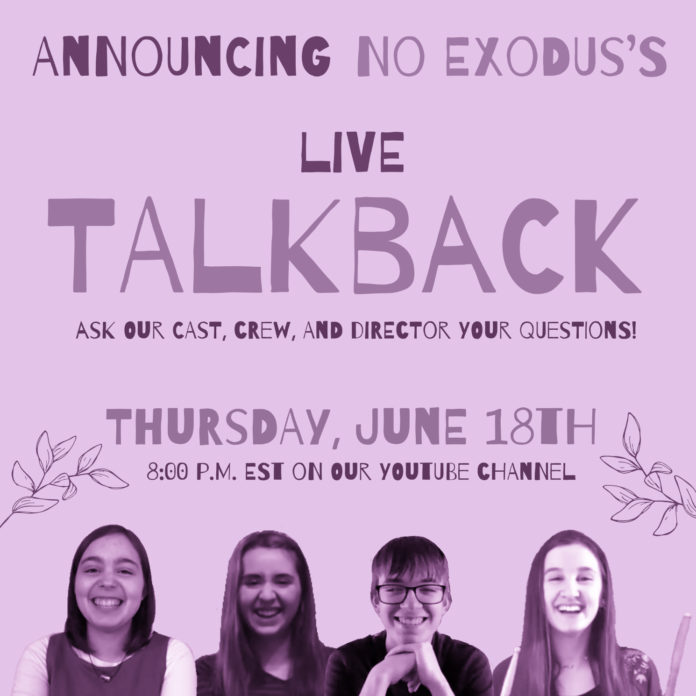 On this Thursday at 8:00 P.M., the cast and crew of No Exodus will be holding a live Q and A on their YouTube channel.

The talkback will be streamed to YouTube through Zoom, and questions for the cast and crew about the show can be typed into a live chat.

The show will remain online until Friday, June 19th to view, and the show’s suggested “ticket” fundraiser is still live at this link.

How to Best Prepare Yourself for When Winter Comes