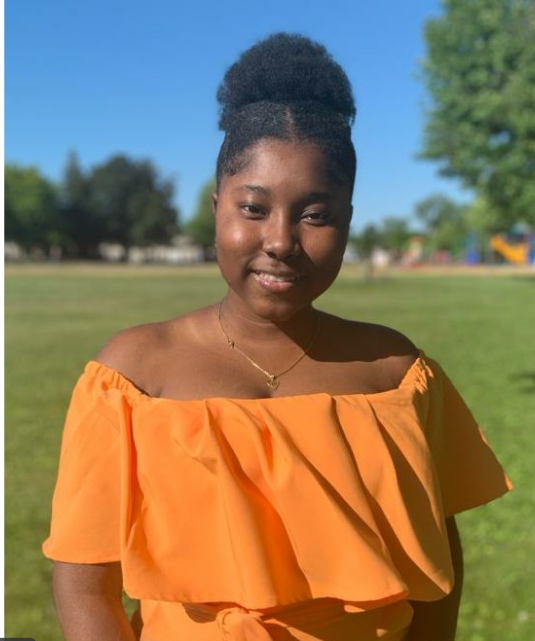 Carissa Charles is a 15 year old sophomore at Jamesville- Dewitt High School. After living in Syracuse for a few months after she was born, she moved to Port-au-Prince, Haiti, where she spent most of her life before returning back to the U.S. in 2019 with her brother. She explained that she chose to move back because, “My mom wanted me to have English as a second language. My first language was French, but I learned Creole. Haiti has problems like demonstrations with aggressive people which hindered my learning such as getting back and forth from school.” Charles explained that the most difficult part in moving was leaving her family and the way she left. It was kind of random, she left so abruptly. The journey to this new community for her “wasn’t really hard”. Charles was already familiar with Syracuse when vacationing here so she only really had to adjust to the school setting and the loads of homework she got. Keeping up with the workload and understanding certain things have been a challenge for her.

Despite the ongoing demonstrations in Haiti, Charles misses the weather and cultural foods the most. During her time in the U.S., Charles has found strength through Mrs. Wisnieski, a teacher here at JDHS’. She has also found strength through her cousin Tasha, a graduate from JDHS’ class of ‘20 who has helped her become more accustomed to life in the U.S. Since being here, Charles has become more “extroverted” because she interacts with more people. Although she has had some bad experiences, that hasn’t stopped her from persevering. She said that they were “not to the extent that I couldn’t handle, some people have underestimated me.” In the future, Charles hopes to graduate with honors, attend a good college, and to have a good job. Advice she’d give to someone moving here would be: “Don’t be close-minded, be open with culture, don’t take everything to heart, and try your best.”

In Haiti, the most celebrated festival would be Carnival, where artists perform on decorated trucks. Haiti is known for tropicana, a genre of music. Advice Charles would give someone travelling to Haiti would be to look around at the nature and how diverse the country is, also to try local foods, such as griot, a pork dish which Charles says is her favorite. The native language is Creole and Charles says “hi” or “bonjour.”

Is the Popeyes Chicken Sandwich Worth the Hype?