RamPage
Home Culture Calling all “HSMTMTS” Fans, Something New to Add to Your Holiday Watch... 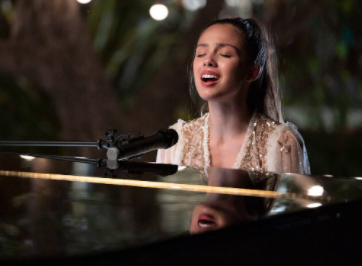 “High School Musical: The Musical: The Series” was released on ABC, Freeform and Disney+ in November 2019 and was a huge hit, with 2.8 million viewers. After watching season one, which consisted of ten episodes, the fans couldn’t wait for more. Season Two began filming in February of 2020 but had to stop due to Covid-19.

Luckily, for all of the eager fans, a holiday special was filmed and premiered on December 11. The special can be found on Disney+ and is forty-five minutes long. Included in the special is each main cast member sharing their personal favorite holiday memories and traditions. They also open up about their families and how they got to where they are today. Each of them choose a holiday song to sing, too. Joshua Bassett, who plays Ricky in the show, sings “The Perfect Gift,” which is an original he wrote himself. Olivia Rodrigo, also known as Nini, wrote and performed an original too, “River.” At the end, the cast comes together to sing one last holiday song, “Something in the Air” and then shows us a preview to the opening scene of Season Two. There is no release date yet for Season Two, but it is expected to come out at some point in 2021.

The Holiday Special was very good and set up well, especially given the circumstances of the pandemic. It was the perfect thing to watch during the holiday season because it brought a smile to my face and helped get me in the spirit. I liked how it focused on the holiday season as a whole, not just Christmas because many seasonal movies and shows just focus on Christmas. All of the cast members are such good singers, and it was nice to hear them all sing individually because in Season One of the show not everyone had their own song. I thought both of the originals by Joshua Bassett and Olivia Rodrigo were very well written and I loved them both. That being said, I think my favorite is the “The Perfect Gift” by Joshua Bassett because it is more upbeat and happy. However, I added both of them to my Christmas playlist. The sneak peek to Season Two was the best surprise and I already know it won’t disappoint. The Holiday Special left me even more excited for the holidays and the eventual release of Season Two.

To All The Boys: Always And Forever, A Near Perfect Ending...